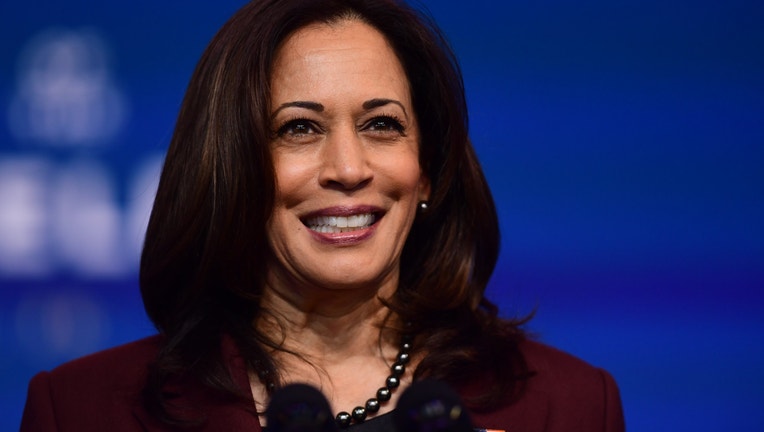 Vice President-elect Kamala Harris will be on the February cover of Vogue.

"Making history was the first step. Now Kamala Harris has an even more monumental task: to help heal a fractured America—and lead it out of crisis," the magazine posted on Facebook Sunday.

Harris outlined her goals in office once she gets sworn in along with President-elect Joe Biden on Jan. 20.

"The first line of approach has to be to get control of this pandemic," she told the magazine. Her priorities include an efficient distribution of the COVID-19 vaccine and personal protection equipment. She also wants to focus on helping small businesses and improving the country’s workforce where people don’t have to work two or three jobs to sustain a living.

However, there's growing backlash over the cover photo.

Some fans of the future VP are claiming Harris looks washed out in the photo while others say the cover's style doesn’t give her the respect she deserves.

And some say it's just plain bad.

"What a mess up. [Editor-in-Chief] Anna Wintour must really not have Black friends and colleagues," author Wajahat Ali wrote.

"Kamala Harris is about as light skinned as women of color come and Vogue still f---ed up her lighting. WTF is this washed out mess of a cover?" Twitter user E. Vaughan said.

She added, "Vogue knows Kamala Harris loves her sorority, suits, comfortable pants and chuck taylors. So they just jumbled it all together for the cover. Except they couldn't decide whether she is going to a luxe French salon, the Senate floor, or taking a jog."

Harris’ political career led her from the California Attorney General’s Office to the halls of the U.S. Senate and then to a 2020 presidential run, before landing her on one of the most consequential presidential tickets in U.S. history as the nation’s first Black woman to compete as a vice presidential candidate for a major party.

In choosing Harris, 2020 presumptive Democratic presidential nominee Joe Biden is embracing a former rival from the Democratic primary who is familiar with the unique rigor of a national campaign. Harris, a 55-year-old first-term senator, is also one of the party’s most prominent figures and quickly became a top contender for the No. 2 spot after her own White House campaign ended.

Born in Oakland, California to a Jamaican father and Indian mother, Harris won her first election in 2003 when she became San Francisco’s district attorney. In the role, she created a reentry program for low-level drug offenders and cracked down on student truancy.

She eventually became the second Black woman in U.S. history to secure a seat in the U.S. Senate in 2016, where she quickly gained attention for her assertive questioning of Trump administration officials during congressional hearings.

Harris and Biden’s inauguration will have a different look being that the country remains in the thick of the COVID-19 pandemic.

The inauguration will include a "virtual parade across America" consistent with crowd limits during the coronavirus era, organizers announced Sunday.

Following the swearing-in ceremony on the west front of the U.S. Capitol, Biden and his wife, first lady Jill Biden, will join Harris and her husband in participating in a socially distanced Pass in Review on the Capitol's opposite front side. Those are military traditions where Biden will review the readiness of military troops.

Biden will also receive a traditional presidential escort with representatives from every branch of the military from 15th Street in Washington to the White House. That, the Presidential Inaugural Committee says, will be socially distanced too, while "providing the American people and world with historic images of the President-elect proceeding to the White House without attracting large crowds."

FOX News and the Associated Press contributed to this story.  This story was reported from Los Angeles.