A Tarrant County man captured an unusual moment inside a local Walmart in what appeared to be a spontaneous moment of patriotism.

HASLET, Texas - A Tarrant County man captured an unusual moment inside a local Walmart in what appeared to be a spontaneous moment of patriotism.

The unexpected moment at the Walmart in Haslet was captured Saturday afternoon by Cody Schrage. He says he was waiting for his wife near self-checkout when all of a sudden he heard the Start-Spangled Banner.

"It was chilling. It was bone-chilling," he said.

Schrage posted the video on his Facebook page for his friends, and it quickly went viral. Hundreds of thousands of shares and likes started pouring in, and then it got shared on TikTok. 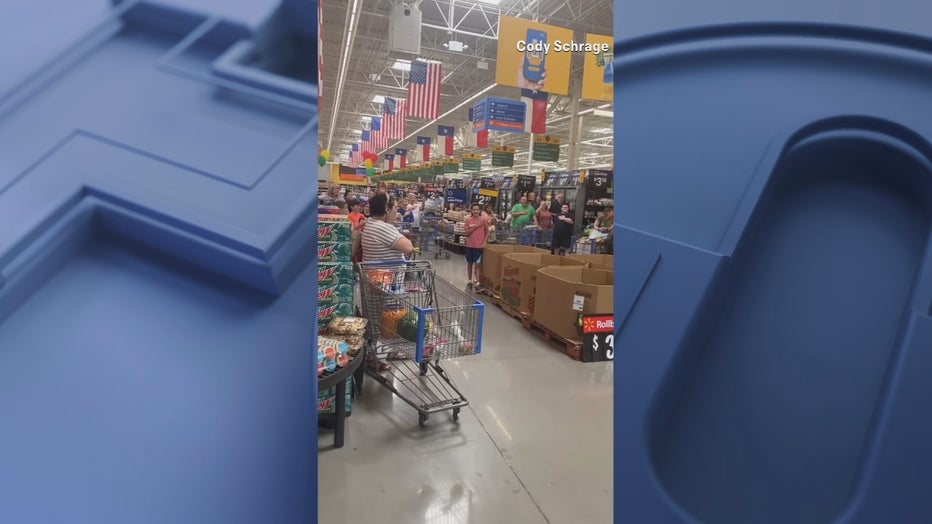 "I couldn’t tell who started it, but it wasn’t like a flash mob. It wasn’t staged," he said.

And while Schrage didn’t sing along, he was overcome with emotion hearing a Walmart full of strangers in allegiance on Independence Day weekend.

"With all of the stuff going on in the world, it’s good that somebody came together for a minute or two minutes and just did the same thing," he said.

And Schrage understands while America isn’t always perfect, we’re in this together in order to form a more perfect union.