COLUMBUS, Ga. - Police departments across the country have become rather social media savvy, understanding it is a powerful tool to help solve crimes and find wanted suspects.

One such post on Wednesday by a Georgia police department caught a lot of attention. The Columbus Police Department Property Crimes Unit posted a wanted poster for a man wanted for second-degree burglary.

The post for Tierre Tyrell Williams got a lot of attention. Maybe too much attention.

"These folks act like I’m running or sum!!!" A commenter identified on Facebook as Tierre Williams wrote. "Ain’t (sic) nobody called me or nothing about this. I just had state court two weeks ago. Y’all hilarious (sic)! There’s my number !" 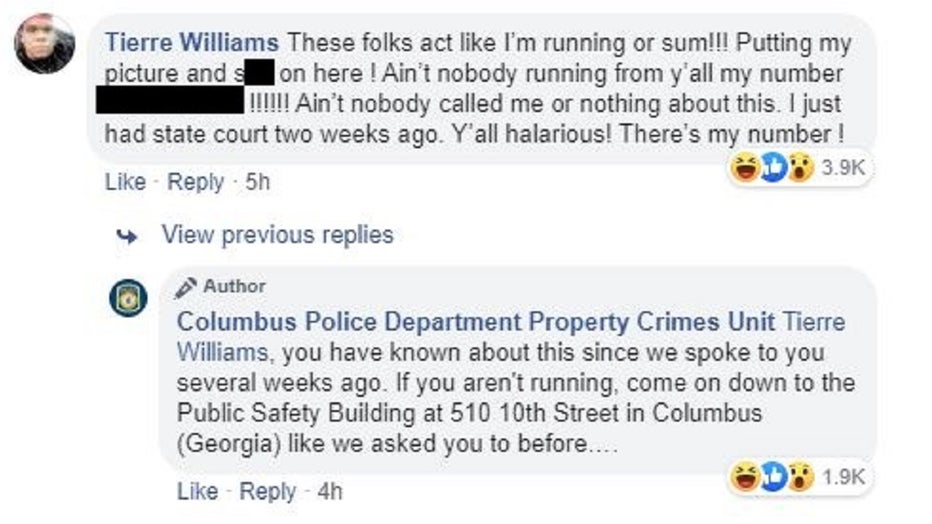 The police responded with an invitation to come down to their headquarters to sort things out.

Many who left comments on the page were enjoying the shade thrown by the police and many posted they were there for the comments.

No word on if Williams turned himself in to the police or if investigators took Williams up on the offer to call him.