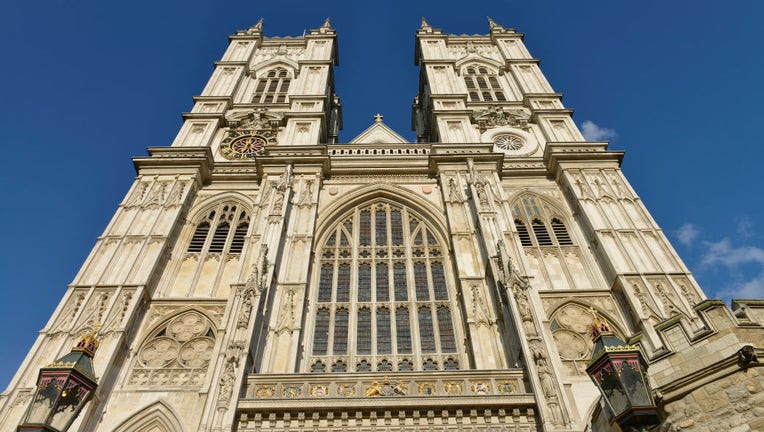 FILE - Close up of the ornamental sculpted frieze above Western Entrance to Westminster Abbey in London. (Photo by Pawel Libera/LightRocket via Getty Images)

LONDON - The late Queen Elizabeth II will be memorialized during a state funeral at Westminster Abbey in London, where she’ll join the ranks of British monarchs and other significant figures in history to have been honored at one of the world’s most famous religious buildings.

The coffin of the 96-year-old monarch, who died at her beloved Balmoral Castle in the Scottish Highlands, will be taken from Westminster Hall on Sept. 19 to the nearby abbey for the funeral, which begins at 11 a.m. local time.

Leaders and dignitaries from around the world, including President Joe Biden, are expected to attend. The funeral will mark the end of 10 days of national morning, and the day will be a public holiday across the U.K.

Today, the abbey is still an Anglican church, part of the Church of England, with regular worship. It’s been the site of royal coronations since 1066. It’s also hosted 16 royal weddings, including that of the queen and the late Prince Philip in 1947, as well as Prince William and his wife, Catherine, the Prince and Princess of Wales, in 2011.

In addition to the celebratory events, the Abbey has hosted many elaborate funerals throughout history and serves as the burial site of more than 3,300 people, according to its official website. This includes 30 kings and queens, eight British prime ministers, poets, actors, and even scientists like Sir Isaac Newton and Charles Darwin.

The Abbey’s storied past has earned it a significant place in British history, dating as far back as 960 A.D.

The Abbey is described on its website as an "architectural masterpiece" of the 13th to 16th centuries.

But it actually began as a small Benedictine monastery founded in 960 A.D. In the 1040s, King Edward, known as Edward the Confessor, established his royal palace nearby and chose to "re-endow and greatly enlarge" the building, adding a large stone church in honor of St Peter the Apostle, according to the official website.

The church became known as the "west minster" to distinguish it from St Paul's Cathedral — or the east minster — in the city of London. Minster is another word for a large or important church, often having cathedral status.

When the new church was finally consecrated in 1065, the king was too ill to attend and died a few days later, according to the official history page. His remains are entombed in front of the Abbey’s High Altar. 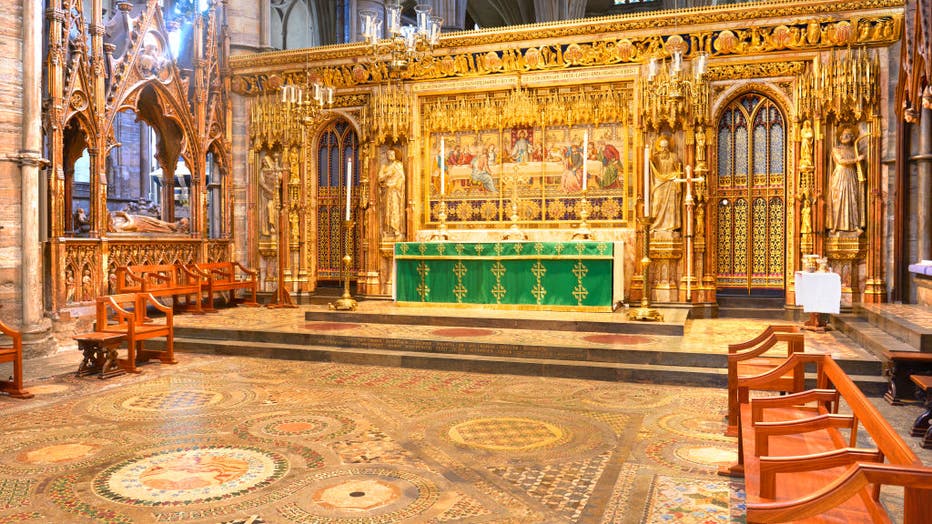 A view of the Westminster Abbey, The High Altar on June 1, 2021 in London, England. (Photo by Peter Dazeley/Getty Images)

The church survived for two centuries as is, until the middle of the 13th century when King Henry III sought to rebuild it in the new Gothic style of architecture, according to the website — which noted similar French cathedrals like Amiens, Evreux, and Chartres that arose during this time period.

Henry declared that Westminster Abbey would be designed to be not only a great monastery and place of worship but also a place for the coronation and burial of monarchs. Much of the building seen today dates back to Henry’s reign, the website says.

The church was consecrated in 1269. But the king died in 1272 before the nave — or central part of the church for the laity — was completed. Meanwhile, Henry was buried in a tomb near Edward’s shrine.

Various updates and renovations were made in the next several centuries, including when King Henry V died in 1422, a "lavishly sculptured chantry chapel" was built over the tomb, with two staircases leading to an altar above. More updates came in the 1500s until King Henry VII. The last phase of the Abbey’s construction was completed in 1745 involving the West Towers.

Monarchs since William the Conqueror crowned in Westminster Abbey 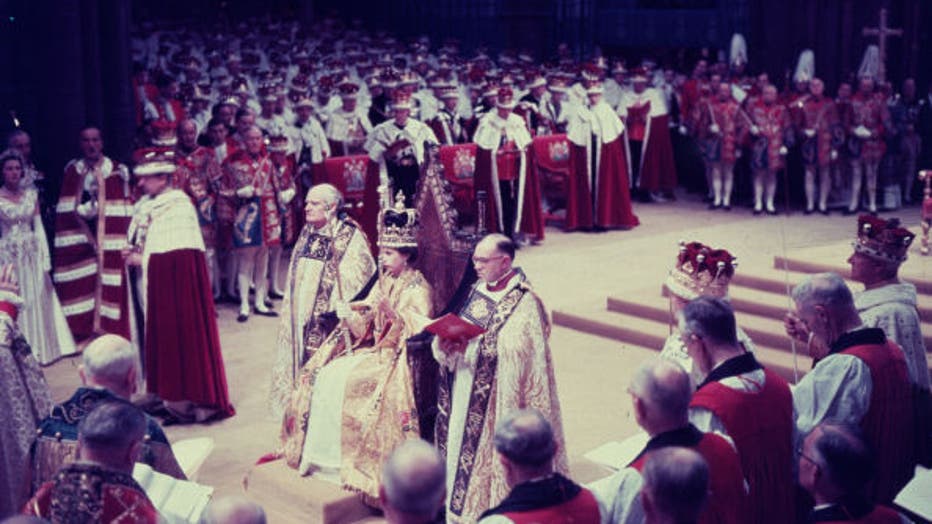 From William the Conqueror in 1066 to Queen Elizabeth II in 1953, Westminster Abbey has hosted every British coronation, with the exception of Edward V, who was presumed murdered before he could be crowned, and Edward VIII, who abdicated.

An ancient Coronation Chair, which can still be seen in the church, has been used for these ceremonies since 1308, according to the website. Twenty-six monarchs, including Queen Elizabeth II, have been crowned in this chair in the Abbey.

It stands at 6 feet and 9 inches tall and is made of oak. It was originally covered in gold leaf and elaborately decorated with colored glass before centuries of wear and tear took their toll.

Westminster Abbey is the final resting place for around 3,300 people in history and houses hundreds of memorials, wall tablets, and monuments throughout its building and grounds. This includes Henry III, Edward III, Richard II, and Henry V.

In addition to many royals, the Abbey also serves as a pilgrimage for lovers of literature with its Poets’ Corner. More than 100 poets and writers are buried there or have special memorials dedicated to them, including William Shakespeare, Jane Austen, Oscar Wilde, and Charles Dickens.

There is also a grave to the Unknown Warrior, located close to the west door. The tomb contains the body of an unidentified soldier who died on the battlefield during World War I and was laid to rest in 1920. France simultaneously created a similar internment at the Arc de Triomphe in France, according to the U.K.‘s National Army Museum.

This symbolic tomb inspired other countries, including the United States which created its own Tomb of the Unknown Solider in 1921.

Today, Britain’s Unknown Warrior monument serves as a special symbol to honor and commemorate those who have died in service, as well as those recorded as missing in action. All royal brides married in Westminster Abbey since 1923 have sent back their bouquets to be laid on the grave, according to the official website.

RELATED: As the queen’s funeral approaches, a look back at other high-profile, televised ceremonies

This story was reported from Cincinnati. Editor's note: Pool video has since been removed from this story due to usage restrictions from the royal family.