What will happen to the games linked to leaks from the Mountain Pointe sports coach scandal?

Amidst an ongoing scandal involving a now-former Mountain Pointe High School sports coach accused of leaking team secrets to opposing teams, many are wondering what will happen to the games linked to the leaks. FOX 10's Nicole Garcia reports.

PHOENIX - Amidst an ongoing scandal involving a now-former Mountain Pointe High School sports coach accused of leaking team secrets to opposing teams, many are wondering what will happen to the games linked to the leaks.

Mountain Pointe officials have discovered hundreds of e-mails that potentially originated from Justin Hager. The emails were sent anonymously to opposing coaches, containing his school's game plans. It's not known at this point, how many coaches read the e-mails and used the information during the game.

Mountain Pointe High School is one of two public high schools located in Ahwatukee, a southern suburb of Phoenix that is located to the west of Tempe and Chandler, across the I-10. While the leaked game plans are a major disgrace and breach of ethics, it's not a crime, nor does it a violate anything in the AIA constitution and bylaws. It's something individual schools and athletic departments themselves have to investigate.

"We can't control what we can't control," said AIA Executive Director David Hines. "Unfortunately, we had a coach that went off the rails."

AIA's Executive Director, David Hines, says the group does not have an investigative team, and they are relying on whistle-blowers to come forward to school officials.

"It is very difficult to say a specific situation occurred without somebody coming forward to say 'yes, we got information. We shared this with all the kids'," said Hines. "If that were to come up. then that school more than likely will forfeit that game."

The AIA, however, has requested school officials to self-report the findings of their investigations, but the AIA will not have a third party look into the suspected incidents unless board leaders give the go-ahead.

"Our Executive Board has that option, but until we get all the information back from all the schools, then the board can make a determination if we need to go forward with an investigation," said Hines.

At this point, it's unknown whether any wins over Mountain Pointe's teams would be forfeited. The next scheduled AIA Executive Board meeting is in October. 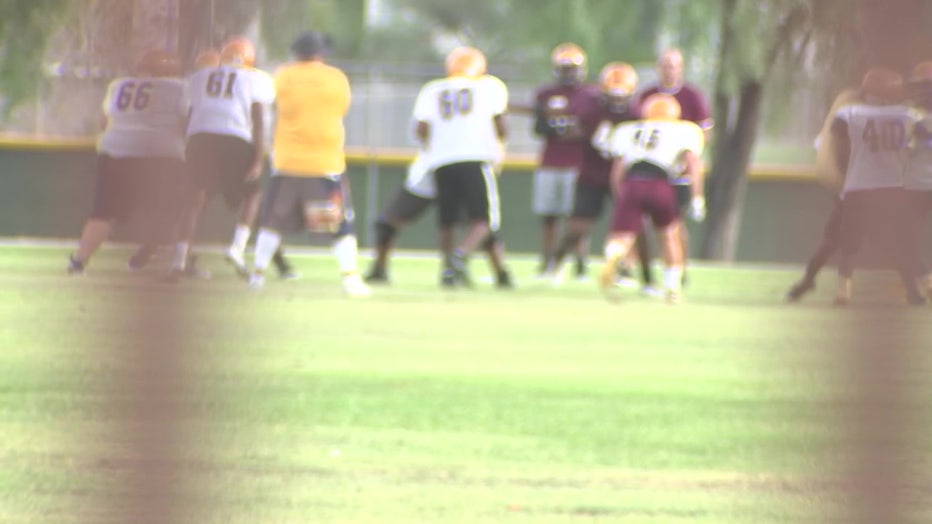