Woman accused of shooting 2, killing 1 outside her Peoria home

Police say a woman shot two people, killing one of them, outside her Peoria home last week.

PEORIA, Ariz. - Police say a woman shot two people, killing one of them, outside her Peoria home last week.

According to the Peoria Police Department, officers responded to the home near 91st and Olive Avenues just before midnight on Dec. 10 after 43-year-old Bernadette De La Garza dialed 911 saying that she had shot two unarmed people.

When officers arrived at the scene, they found De La Garza armed and standing in the front porch of her home. She was taken into custody. 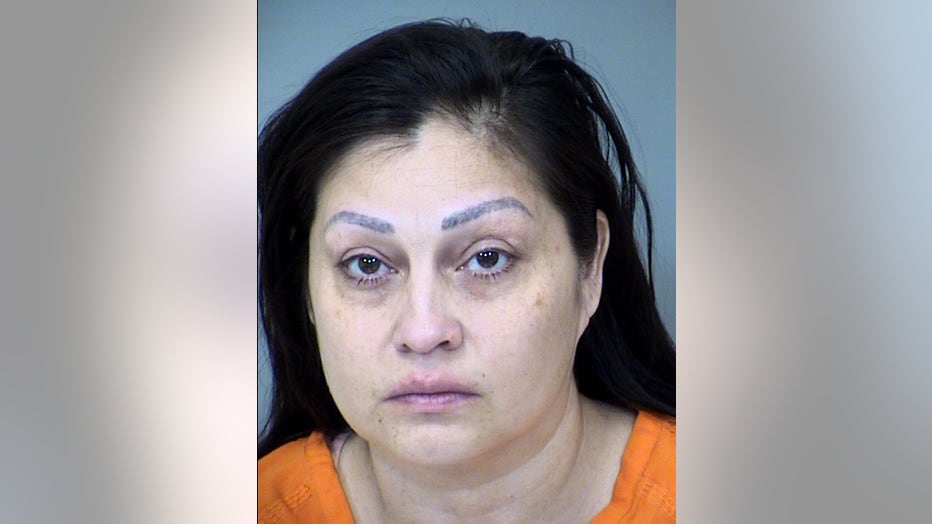 Two victims with multiple gunshot wounds were found on the ground in the driveway. One victim was pronounced dead at the scene and the other was hospitalized and is in stable condition.

De La Garza's husband was also found lying on the ground in front of the home and appeared to be intoxicated, police said.

"[He] was interviewed, and he said he did not witness anything and does not remember anything," read a portion of the police report.

Police say .9mm shell casings, a semi-automatic handgun, and a loaded magazine were found in the front walkway of the home.

During an interview, De La Garza said the victims were her husband's estranged stepchildren and earlier in the night, they came over to the house for a visit. The four of them went outside to smoke, and she eventually went back into the house, leaving the three outside.

Later on, De La Garza said she went back outside and saw her husband lying on the ground, bleeding from his mouth. She said the victims were standing by her husband's feet, "instigating and egging him on to get up," the police report read.

De La Garza said she thought her husband was dead and went back inside to get her gun. She said once she went back outside, she tripped and the gun went off. One of the victims fell but was getting up "while still instigating." She then began shooting at the victim.

Because she did not know if the second victim would retaliate, De La Garza told police she also shot them. In total, De La Garza said she fired about six shots, but did not know how many times she shot each victim.

De La Garza added that she never saw any weapons on the victims and neither made any threats towards her.

De La Garza was booked into jail and is accused of homicide and assault.