Timothy Ray Brown, the first person known to have been cured of HIV infection, says he is now terminally ill from a recurrence of the cancer that prompted his historic treatment 12 years ago.

A woman appears to have become the third person ever to be cured of HIV, the National Institute of Allergies and Infectious Disease Division of AIDS announced on Tuesday.

A new transplant method using umbilical cord blood was originally being used to treat the woman’s acute myeloid leukemia
but following the treatment, scientists discovered she had no detectable levels of HIV for 14 months despite discontinuing antiretroviral therapy (ART).

ART involves taking a combination of HIV medicines to manage and treat symptoms, according to the National Institute of Health.

The research was conducted by the International Maternal Pediatric Adolescent AIDS Clinical Trial Network (IMPAACT) P1107 beginning in 2015, according to an NIAID news release announcing the findings.

Researchers observed the outcomes of up to 25 participants living with HIV who underwent a transplant with cord blood stem cells for cancer treatment, hematopoietic disease, or other underlying diseases, the news release continued.

The patient was a woman of mixed-race ancestry and was HIV-positive for four years, according to researchers at the Conference on Retroviruses and Opportunistic Infections (CROI) on Tuesday.

She was also diagnosed with leukemia and was in remission for her cancer after chemotherapy treatment, the news release continued.

In 2017, the patient received the stem cell treatment supplemented with adult donor cells from a relative and by day 100, there was no HIV detected.

After 37 months of the stem cell transplant, the patient stopped all HIV treatment. 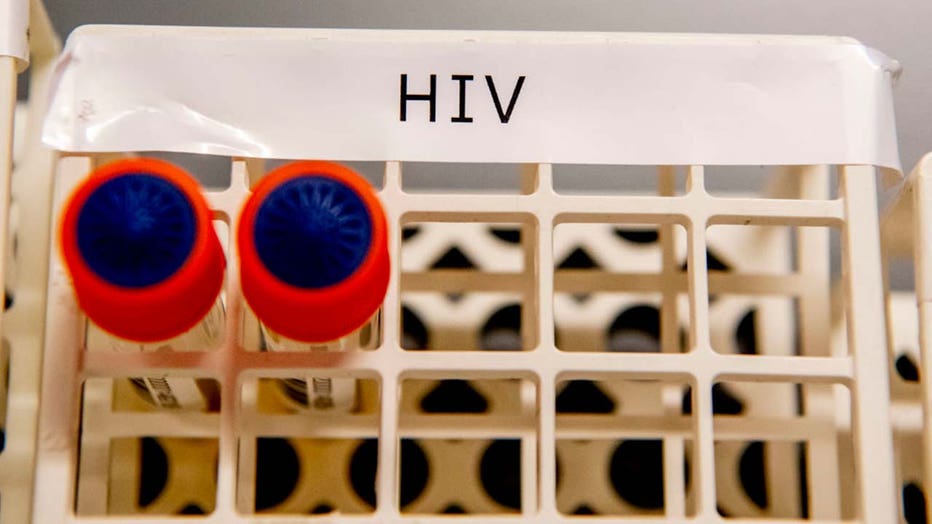 "This third case of HIV remission suggests that CCRΔ5/Δ32 cord stem cell transplantation should be considered to achieve HIV remission and cure for people living with HIV who require such a transplant for other diseases," researchers said.

Timothy Ray Brown is the first person believed to be cured of HIV infection.

Brown, dubbed "the Berlin patient" because of where he lived at the time, had a transplant from a donor with a rare, natural resistance to the AIDS virus.

Brown was an American working as a translator in Berlin when he was diagnosed with HIV in 1995. In 2006, he also developed leukemia while living in Germany.

Dr. Gero Hutter performed a blood stem cell transplant using a donor with a rare gene mutation that provides natural resistance to HIV. Hutter said that resistance transferred to Brown, who went on to see long-term remission from HIV.

Though traces of infection were found in Brown’s tissue several years later, Hutter said they were remnants of the disease that couldn’t replicate or cause a recurrence.

A second person, Adam Castillejo — called "the London patient" until he revealed his identity earlier in 2020 — also is believed to have been cured by a transplant similar to Brown’s in 2016.

Castillejo suffered from Hodgkin's lymphoma, received a bone marrow transplant from a donor with the CCR 5 mutation in May 2016, the New York Times reported.

The transplant destroyed the cancer without harmful side effects, while the transplanted immune cells, which are now resistant to HIV, seem to have fully replaced his vulnerable cells, according to the paper published online Monday by the journal Nature.

Castillejo has since voluntarily stopped taking HIV drugs to see if the virus would come back.

The Associated Press and FOX News contributed to this report. This story was reported out of Los Angeles.