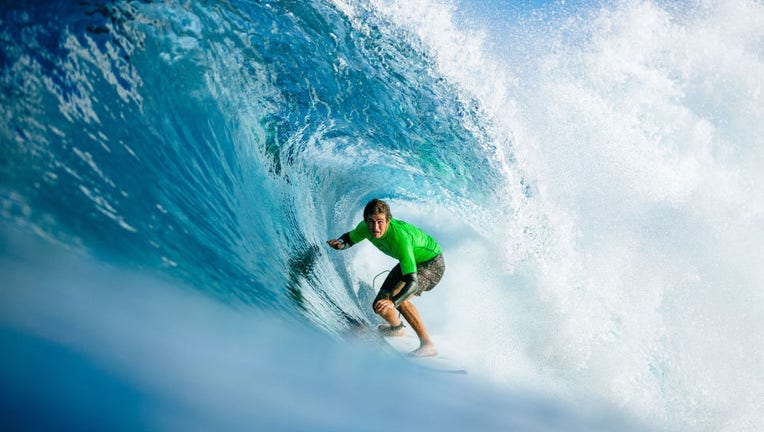 FILE - Kalani David of Hawaii advances to the quarterfinals of the Pipe Invitational, the trials of the 2019 Billabong Pipe Masters after winning Heat 3 of Round 1 at Pipeline on December 9, 2019, in Oahu, United States. (Photo by Ed Sloane/WSL via G

Kalani David, the former world junior surfing champion, died over the weekend on a beach in Costa Rica after suffering a seizure while practicing in the waters off Costa Rica, authorities and friends confirmed. He was 24.

Kalani David Feeney Barrientos, who went by Kalani David, was born in Hawaii to a Costa Rican mother and suffered from Wolff-Parkinson-White syndrome, a congenital heart disease that caused paralysis and seizures, according to the Associated Press.

Despite these medical issues, David succeeded in sports. He won the Junior World Surfing title in Panama in 2012 in the Under-16 category, and also competed professionally in skateboarding.

The seizure occurred while David was surfing on Saturday morning in Playa Hermosa, Jacó, on the Pacific coast of Costa Rica, the Judicial Investigation Agency confirmed.

"He was surfing when he apparently suffered some kind of epileptic seizure and drowned," the agency said in a message to The Associated Press. "The death is still under investigation." 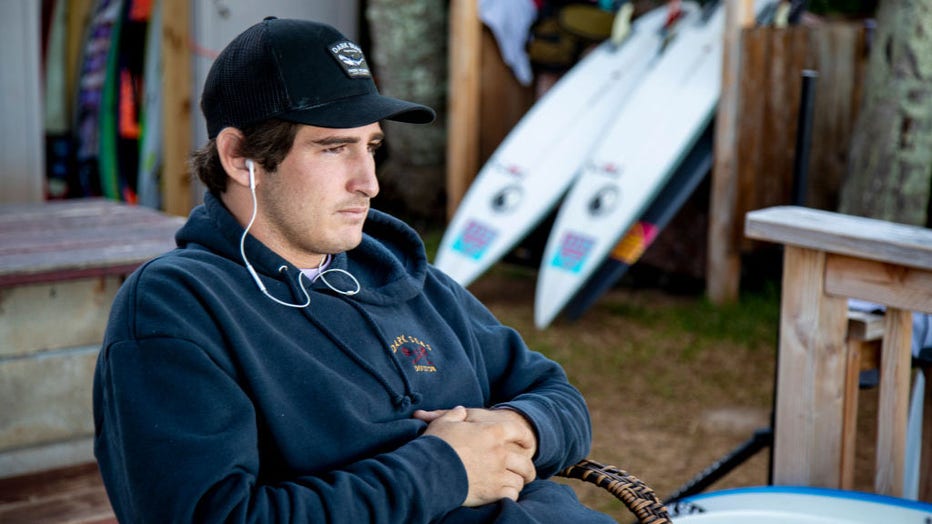 FILE - Kalani David of Hawaii advances to the quarterfinals of the Pipe Invitational, the trials of the 2019 Billabong Pipe Masters after placing second in Heat 3 of Round 1 at Pipeline on December 9, 2019, in Oahu, United States. (Photo by Tony Heff

In 2016, David suffered a major seizure while skating in Oceanside, California, according to FOX Sports. He continued to suffer from seizures, including a 6-hour seizure in the middle of the night at his Oahu home right before Christmas.

He had open-heart surgery at age 19 to remove a muscle that had grown on his heart, which was believed to be causing the seizures, according to a 2017 Men’s Journal article.

Surfer, Olympic hopeful dies after being struck by lightning

A Salvadoran woman who had hoped to compete in the Tokyo Olympics was struck and killed by lightning when the weather quickly turned while she was surfing.

Several figures in the surfing world shared their condolences and memories on social media, including 11-time world champion Kelly Slater.

"Kalani was one of the most talented surfers/skaters in the world," Slater said.

"He was constantly pushing his limits," Slater added. "My condolences to the great family and friends that Kalani had on every beach around the world."