PHOENIX - When you get fired despite being under contract for another five years, you can afford some extravagant expenses.

Kliff Kingsbury is taking advantage of his wealth and his time off.

The Arizona Cardinals fired Kingsbury Monday despite extending his contract through the 2027 season in March.

Apparently, teams have asked Kingsbury if he is interested in joining them, but he is respectfully declining at the moment.

Arizona relieved Kingsbury of his duties after a 4-13 season that followed a playoff appearance in 2021 with an 11-6 record.

It was rumored his relationship with quarterback Kyler Murray had turned sour, and an anonymous Cardinal recently questioned the quarterback's work ethic since signing his five-year, $230 million extension in the offseason. 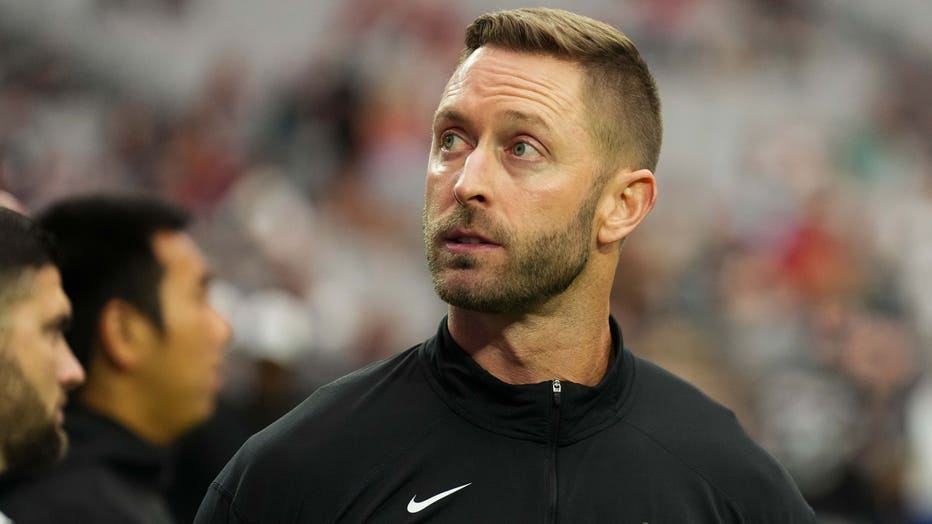 GLENDALE, AZ - OCTOBER 09: head coach Kliff Kingsbury of the Arizona Cardinals looks toward the stands against the Philadelphia Eagles at State Farm Stadium on October 9, 2022 in Glendale, Arizona. (Photo by Cooper Neill/Getty Images)