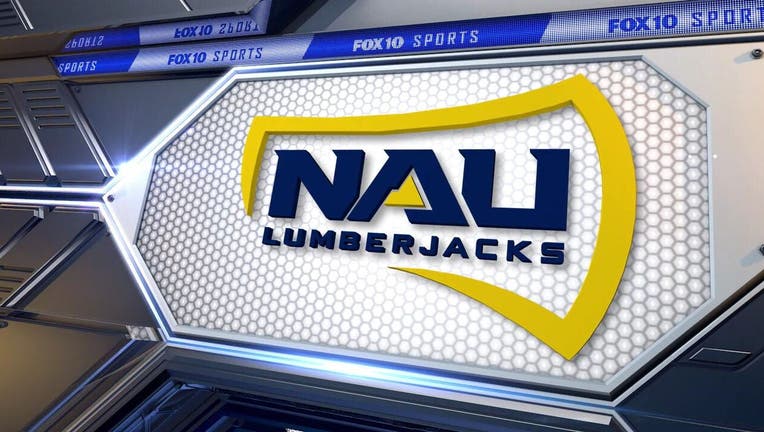 A pandemic-altered 2019-20 season set the Lumberjacks back, even if they did finish strong.

Now that college basketball is headed toward what appears to be a somewhat normal return, Burcar and the ’Jacks are poised to turn the momentum churning upward again.

"We’ve got a lot of hope here," Burcar said.

Burcar was thrust into the head job at Northern Arizona when coach Jack Murphy left to become the associate head coach at Arizona, his alma mater. A longtime high school coach, Burcar had one year of experience at the college level before taking over, but made the transition seamlessly, leading the Lumberjacks to 16 wins — six more than the year before.

The upward trajectory earned Burcar the full-time job at Northern Arizona, a five-year contract and a chance to mold the program into a winner again.

The pandemic took a toll on programs across the country but struck the Lumberjacks particularly hard. They were hit with two COVID-19 shutdowns and had other games either canceled or postponed due to the virus impacting other teams.

Northern Arizona finished 6-16 and 4-10 in Big Sky games but did knock off Portland State for its first conference tournament win in six years.

"I called it a year, not a season," Burcar said. "You go from the spring, you have all kinds of momentum going 16-14 and then (the pandemic) hits. We’re a big believer in self-development of our players and we just couldn’t do that."

The hits kept coming in the offseason when Cam Shelton and Luke Avdalovic, the team’s top two scorers, opted to enter the transfer portal. Shelton ended up at Loyola Marymount and Avdalovic went to Pacific, but Burcar holds no grudges — it’s just the nature of college basketball in this freewheeling transfer era.

The Lumberjacks also were able to take advantage of the transfer market, adding four players who are expected to have an immediate impact.

Junior guard Jalen Cone arrives in Flagstaff after playing 47 games over two seasons at Virginia Tech. Ezekiel Richards, a 6-foot-11 junior, will give the Lumberjacks some size after playing three seasons at Santa Clara.

"All those guys we’re expecting big things from right away and they had the college experience, good programs, and they all want to win," Burcar said. "They’re all winners and we like that."

They should fit in well with a solid core of returning players, all of whom will be filling bigger roles in 2020-21.

"The guys we have here don’t have one foot in and one foot out," Burcar said. "They’re all in and that balance is important to us."

The pieces appear to be in place. Now the Lumberjacks, like everyone else in college basketball, are hoping for a much smoother season after last year’s chaos.