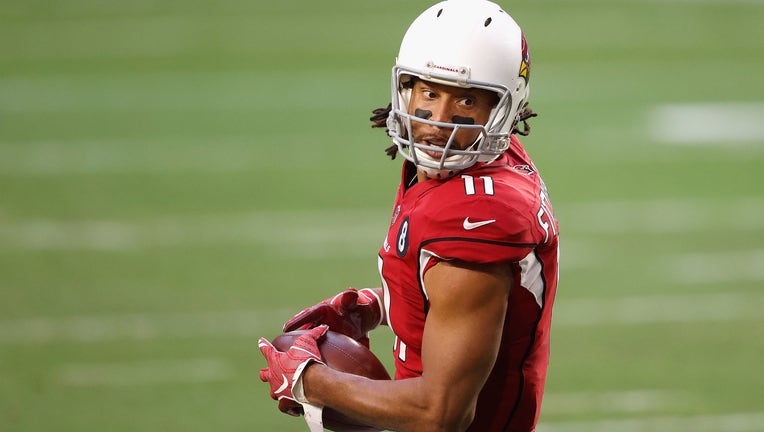 TEMPE, Ariz. - Arizona Cardinals 11-time Pro Bowl receiver Larry Fitzgerald says he currently doesn’t have the desire to play an 18th NFL season, though he left the possibility open that he might resume his career.

In an interview on SiriusXM Radio with Jim Gray on Mad Dog Sports Radio — set to air Friday afternoon — Fitzgerald said he’s currently focused on being a radio broadcaster.

"To be honest with you I just don’t have the urge to play right now," Fitzgerald said in the interview. "I don’t know how I’ll feel in September, October, November moving forward but I just, today, I just don’t have that urge. And I think I have to be respectful of that. Football is not one of those games you want to walk out there and play and not be fully engaged and ready to prepare and do the things necessary that you need to do."

Fitzgerald has deep ties with the Cardinals

The 37-year-old has put together 17 of the most consistent and productive seasons for a wide receiver in NFL history.

He hasn’t been at the Cardinals’ preseason camp in Glendale, Arizona, over the past month. Coach Kliff Kingsbury and teammates have consistently said they’re not sure of Fitzgerald’s football plans. The Cardinals signed veteran receiver A.J. Green during the offseason.

Known by many Cardinals fans as "Larry Legend," he has played his entire career in the desert. According to the Arizona Cardinals website, Fitzgerald was selected in a first round pick by the Cardinals during the 2004 NFL Draft. He has 1,432 catches for 17,492 yards. Those numbers both rank second in NFL history behind Pro Football Hall of Famer Jerry Rice.

He’s proven incredibly durable, even in his latest seasons. He played in every regular-season game from 2015 to 2019 and appeared in 13 games during 2020, catching 54 passes for 409 yards and a touchdown.

Fitzgerald was a 2008 All-Pro and has made 11 Pro Bowl teams in a career that started in 2004. He was the third overall pick in that year’s draft out of Pittsburgh and almost immediately became one of the game’s top receivers.

Fitzgerald has a fairly low-key personality for a receiver — a position notorious for its prima donnas. He usually does his job with a smile and rarely complains, even during some tough years when the Cardinals cycled through multiple journeyman quarterbacks.

It’s one of many reasons Fitzgerald is widely beloved in Arizona and fans erupt every time he catches a pass. Over two decades, he’s established deep connections in the community and became a part owner of the NBA’s Phoenix Suns last year.

Over the past two years, he relished working with young quarterback Kyler Murray, whom the Cardinals drafted No. 1 overall in 2019. He also has a good rapport with Kingsbury, who is only a few years older than the receiver.