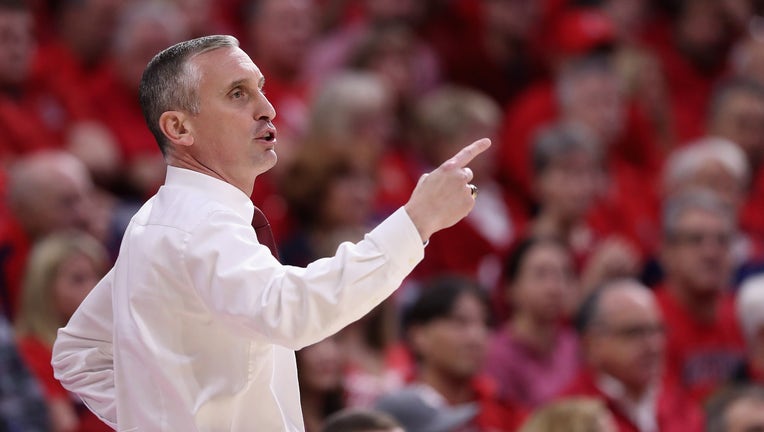 Head coach Bobby Hurley of the Arizona State Sun Devils reacts during the first half of a college basketball game against the Arizona Wildcats at McKale Center on January 12, 2017 in Tucson, Arizona. (Photo by Christian Petersen/Getty Images)

SAN FRANCISCO (AP) - The Pac-12 Conference has reprimanded Arizona State basketball coach Bobby Hurley for his comments about the officiating late in a loss to rival Arizona.

The conference said Friday that Hurley was reprimanded for public comments about the officials following an 84-82 loss to the Wildcats on Jan. 21.

Hurley was furious a foul wasn’t called on Azoulas Tubelis for hitting the arm of Arizona State guard Remy Martin with nine seconds left. Tubelis was credited with a blocked shot and hit the winning shot at the buzzer on a tip-in.

Replays showed Tubelis did hit Martin on the arm, but the Pac-12 prohibits coaches from making public derogatory comments about officiating. Coaches are supposed to provided feedback to the coordinator of officiating instead of making public comments.

The Sun Devils set up for a final shot and Martin took the ball down the lane, but Tubelis got a piece of the ball, along with his arm.