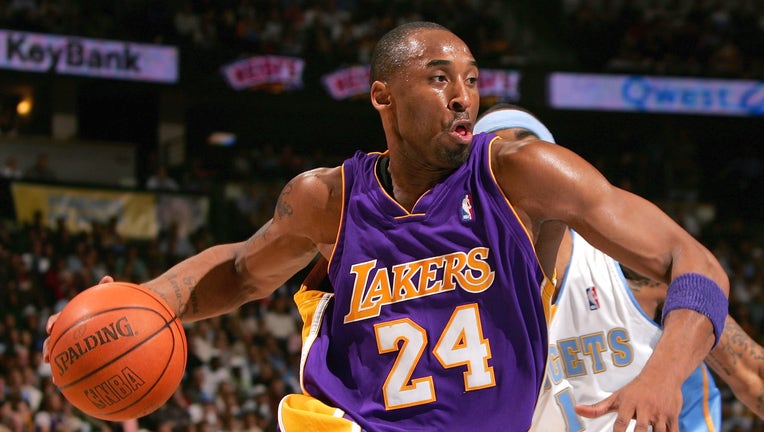 Kobe Bryant #24 of the Los Angeles Lakers drives to the basket against the Denver Nuggets as the Nuggets defeated the Lakers 115-111 at the Pepsi Center on April 9, 2007 in Denver, Colorado. (Photo by Doug Pensinger/Getty Images)

LOS ANGELES - Following the tragic passing of NBA legend Kobe Bryant and his daughter Gianna, the world looked for ways to remember an icon.

Kobe, Gianna, and seven others were killed when Bryant’s helicopter crashed in Calabasas, California while they were reportedly on their way to a travel basketball game Sunday morning.

One of the ways some hope to immortalize Bryant is by changing the NBA’s logo to feature him and his silhouette.

A petition on Change.org sought to have the NBA logo changed from fellow Lakers-legend Jerry West, to instead feature Bryant.

Jerry West himself spoke on Bryant’s passing in a television interview on Sunday. “To hear this news this morning, frankly, at first I was shocked,” West said. “I really felt like a surrogate father to him … this has been one of the most horrible days of our life,” West said.

“The thing that I will share with you is how, to me, the maturity I saw him grow into, I saw him deal with press that was negative at times because he played the game with a flair, and anytime you play the game with a flair you’re susceptible to making mistakes. I was his biggest supporter but I had some very serious talks with him.”

The petition’s goal was originally set at 100 signatures but had already gotten more than 1.6 million by Tuesday morning. The goal has been increased to 3 million.