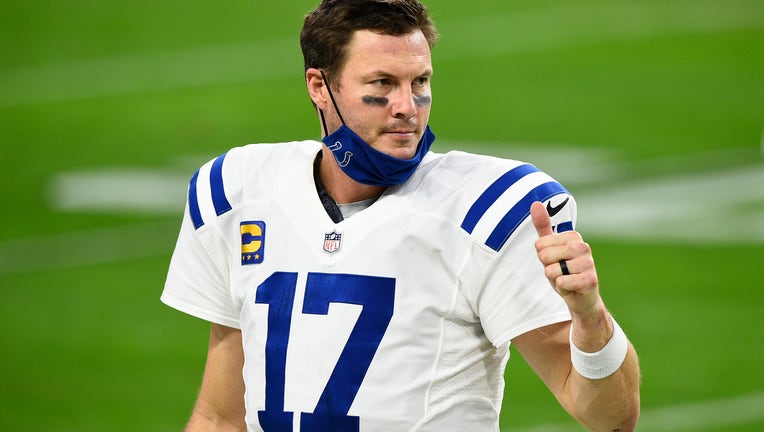 Indianapolis Colts quarterback Philip Rivers is retiring from the NFL after 17 seasons.

Rivers, 39, told The San Diego Union-Tribune Tuesday night that "it’s just time" after one season with the Colts and 16 seasons with the Los Angeles Chargers.

Rivers, a devout Catholic, said in a statement on Wednesday that there is a personal significance behind the date he chose to announce his retirement.

"Every year, January 20th is a special and emotional day," he said. "It is St. Sebastian’s feast day, the day I played in the AFC Championship without an ACL, and now the day that after 17 seasons, I’m announcing my retirement from the National Football League."

He continued: "Thank you God for allowing me to live out my childhood dream of playing quarterback in the NFL."

Rivers made his seventh playoff appearance this season after going 11-5 with the Colts before being eliminated by the Buffalo Bills in the AFC wild-card game. He has never made it to the Super Bowl.

Rivers told The Union-Tribune that while the topic of retirement has been floated around in the past, this time around it felt "real."

"This is the first year I felt like the ending was real," he said. "We talked about it other years, but we knew we weren’t doing it. This year felt different. … It just seemed right."