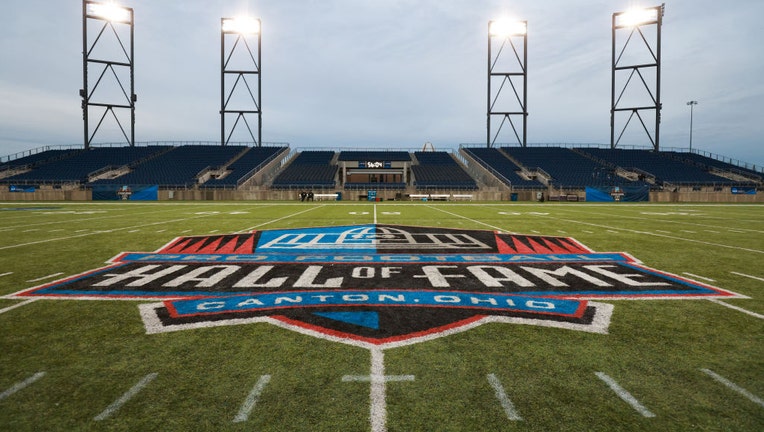 WASHINGTON - The NFL season may have ended after Super Bowl LVI last weekend, but fans can still get their football fix this spring with the new United States Football League (USFL), a new independent football league, kicking off its first season on April 16.

The league announced Wednesday that their playoffs and championship game will be held at Tom Benson Hall of Fame Stadium in Canton, Ohio.

"We’re excited to play our first playoffs and championship game at Tom Benson Hall of Fame Stadium," Edward Hartman, the USFL’s executive vice president of business operations, said in a statement. "It’s a beautiful stadium with all the facilities necessary to host football at the highest level, and we look forward to crowning our first champion in the shadow of the Pro Football Hall of Fame."

Mike Levy, the president of operations for the 200-acre Hall of Fame Village that encompasses the stadium, said the company was "honored" to host the USFL’s 2022 playoffs.

"Our facility and campus will provide the perfect setting and backdrop for the USFL’s inaugural playoffs and championships, offering fans and guests visiting our destination multiple opportunities to be engaged at the birthplace of professional football," Levy said in a statement. "The games allow our Company to not only share a great event but to showcase the Village with attendees and participants who will also stay at our destination and enjoy our many other entertainment opportunities."

Levy continued: "We are excited to highlight all that the Hall of Fame Village powered by Johnson Controls has to offer to the USFL audience."

What you need to know about the upcoming 2022 USFL season

The USFL’s first game starts at 7:30 p.m. ET on April 16 at Protective Stadium with a matchup featuring the New Jersey Generals and Birmingham Stallions with the game airing live on FOX and NBC.

A 10-week regular season will take place with all 40 games played between Protective Stadium and Legion Field in Birmingham, Alabama.

The playoffs kick off on Saturday, June 25 and the top two teams from each division will battle one another in the USFL semifinals.

The two teams left standing in the postseason will compete in the USFL Championship Game on Sunday, July 3.

Who are the teams competing in the USFL?

There are a total of eight teams split between a North Division and a South Division. And here are the teams for each division.

Where can I purchase tickets for USFL games?

USFL game tickets are on sale now at Ticketmaster.com and football fans can attend the game for $10 each with free admission for kids under 15 years old.