The presence of Jim Cantore, the Weather Channel's star meteorologist, has become associated with bad weather, and for many, an indicator that things are looking serious.

MIAMI - As Hurricane Dorian left Florida residents on edge Friday with its "cone of uncertainty" hanging over the entire state, the Weather Channel’s star meteorologist was reportedly making his way south to cover the impending storm.

The Weather Channel confirmed Thursday to the Miami Herald that Jim Cantore will be "on the ground" Friday. The 55-year-old veteran meteorologist has covered almost every major weather event of the past three decades, including Hurricanes Katrina and Irene and Superstorm Sandy. 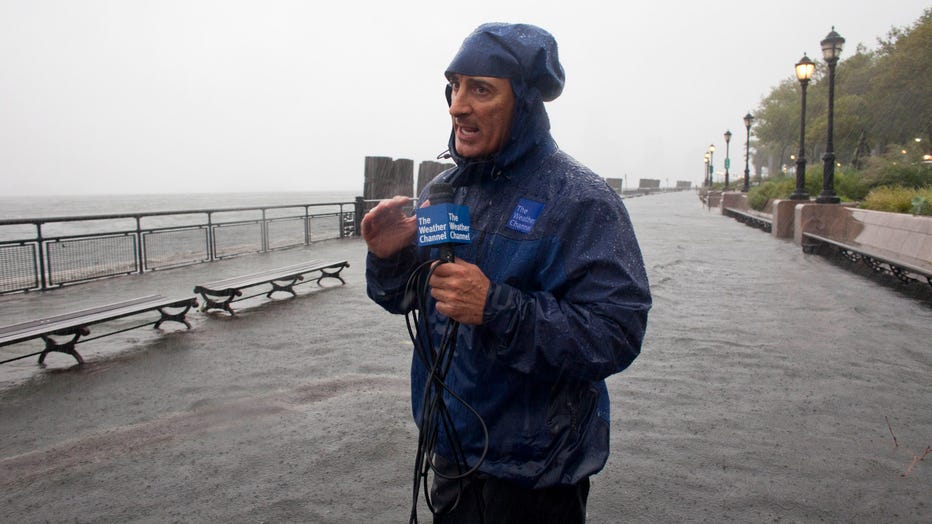 RELATED: These are 5 of the worst hurricanes to have made landfall in the US

Cantore’s presence has become synonymous with severe weather, and for many, an indicator that things are looking serious.

During Hurricane Michael in 2018, the Santa Rosa County Sheriff's Office in Florida issued a fake "trespass warning" for Catore on its Facebook page, stating that "everyone knows what's in store when Jim Cantore shows up."

"This is not a real trespass. We like Jim, just not under these conditions," the warning stated.

The Weather Channel even joked about his reputation in a 2011 commercial showing what happens when Jim Cantore goes on vacation to the beach: everyone panics at the sight of him thinking an impending storm is brewing.

Browsing through Cantore’s Twitter feed on Friday morning left no indication of his exact whereabouts, but the meteorologist posted several Dorian updates from the National Hurricane Center.

Dorian was expected to make landfall somewhere along Florida’s east coast as a Category 4 hurricane by early Tuesday, forecasters said. No immediate evacuations have been ordered due to the uncertainty of the storm’s track.

RELATED: The devastating differences between hurricane categories 1 through 5
RELATED: Be prepared: If you're in the path of a hurricane, here's what to do