PHOENIX - Phoenix and Glendale fire departments were at the scene of a two-vehicle collision at the intersection of 43rd and Peoria avenues on Saturday.

A 29-year-old female, 28-year-old male and a 9-year-old child were immediate patients. One delayed patient refused treatment, according to Captain Nicole Minnick of the Phoenix Fire Department.

"All patients have been treated and are being transported to local trauma centers for further evaluation," stated Minnick.

"We're investigating a serious injury collision involving a 4-door sedan and a pickup truck. We believe they were traveling in opposite directions," stated Lt. Vince Lewis of the Phoenix Police Department. "We're also looking into whether the child was properly restrained. The child did suffer serious injuries."

Lewis says they do not suspect impairment.

The intersection was closed during the investigation. 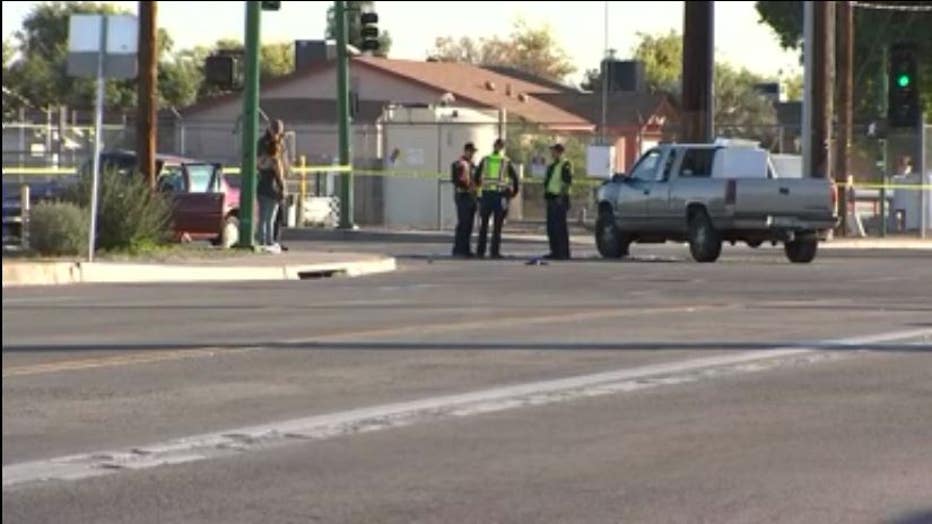