FOX 10's Justin Lum has the latest on a shooting near 19th Avenue and Camelback that left two men dead, including a 21-year-old father.

PHOENIX - Two men are dead after they were shot inside a car at a Phoenix intersection on the morning of Dec. 29.

Police said the shooting happened near 19th Avenue and Camelback Road when the men were inside a vehicle and stopped at a red light.

"Officers learned three adult males were in a vehicle stopped at a red light when suspect(s) in an unknown vehicle opened fire, striking two of the males," Sgt. Andy Williams said.

Everardo Molina Sandoval, 27, was pronounced dead at the scene. Jorge Granados, 21, was taken to a hospital where he later died. The third man was not hurt. 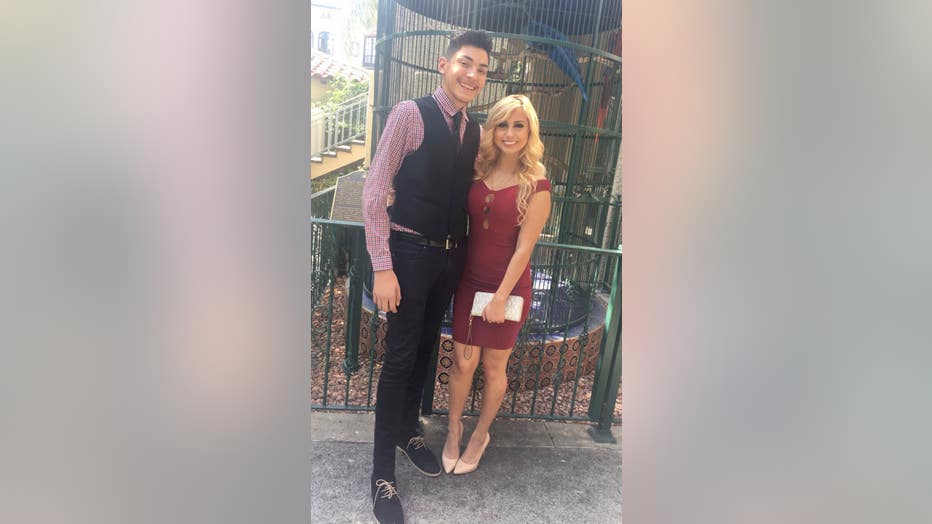 "Obviously my first question was, ‘Why?’ " said Cindy Rodriguez, Jorge Granado's sister. "It's just something that I never fathomed, and it really shook up the whole family."

For Rodriguez, Jorge will always be her baby brother, the youngest of four. The family had just spent Christmas together.

"He would always make me laugh," Rodriguez said. "He was very charismatic, and he really lit up the room. He knew how to make you feel better."

Jorge was also the father to a little boy. Family members are devastated that his son will never grow up knowing him.

"I hope life gives me enough time to be able to talk to my nephew about his father. My brother," Rodriguez said.

Detectives are investigating what led up to the shooting. Right now, it's unknown how many suspects are involved.

"I know if they don't come forward, we will find them," Rodriguez said. "I'm not gonna rest…until there's justice for my brother."

2 dead after being shot inside vehicle while stopped at red light in Phoenix: police