Arizona State Fair will remain at state fairgrounds in 2021

A statement released says the necessary infrastructure wasn't able to be secured in time for the October date, so they had to return to the traditional site near downtown Phoenix.

Fair officials say this is related to supply chain problems caused by COVID-19. Manufacturers were unable to guarantee on-time delivery.

The Arizona State Fair Board made a unanimous decision to relocate the fair to a "new, larger and safer location" at Wild Horse Pass, according to a statement.

However, the Gila River Indian Community and the Arizona State Fair will continue to study the possibility of moving the fair to Wild Horse Pass in 2022, "in a manner that will be mutually beneficial for both parties," a statement read.

There will be no concerts at the fair this year, however, there will be tribute band performances at the Wallace and Ladmo stage.

Decision sparks concern for some people

The Arizona State Fair Board voted on March 25 to relocate the fair to Wild Horse Pass Motorsports Park for the 2021 season. The fair was cancelled in 2020 due to COVID-19. FOX 10's Matt Galka reports.

The meeting on March 25 took some by surprise. A couple of people who lived in or had businesses in the surrounding neighborhoods showed up to ask questions.

"It seems like there’d be more publicity if they wanted to make a change of this magnitude," said Rob Brown, who owns a business near the current fairgrounds.

"If the fair moves permanently from the fairgrounds out to Wild Horse Pass, that’s a huge piece of land that will need developing, and a lot of historic buildings are in jeopardy," said Brent Kleinman, a resident of the Encanto-Palmcroft neighborhood in Phoenix.

"Although a public notice was posted, I feel the intention was premediated and secretive. Ultimately, the public was not privy to any basis that supported this change. While the move is stated as 'temporary,' it has a greater impact on the surrounding area long term, and the State should’ve made the effort to communicate and coordinate this change with surrounding stakeholders," read the statement.

Lines stressed that the vote on March 25 was for a temporary move, and preparations need to get underway to get the new space ready. 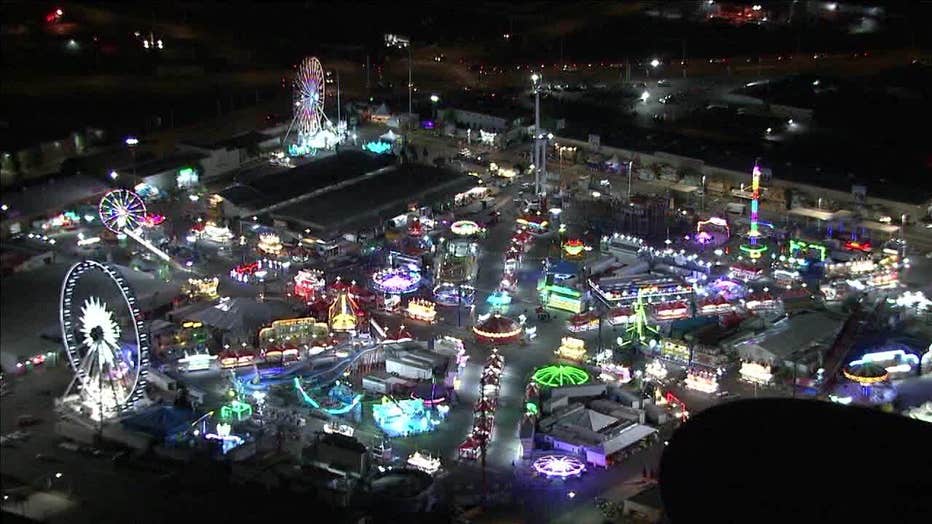 The Arizona State Fair in an aerial photo taken in 2019.