Retail experts say the best thing for holiday shoppers is to start buying early before items are out-of-stock.

Last year, digital channels saw "extraordinary growth" as more consumers turned to their computers to purchase gifts rather than going to physical stores. However, online sales and other non-store purchases this season are projected to far surpass 2020 figures. 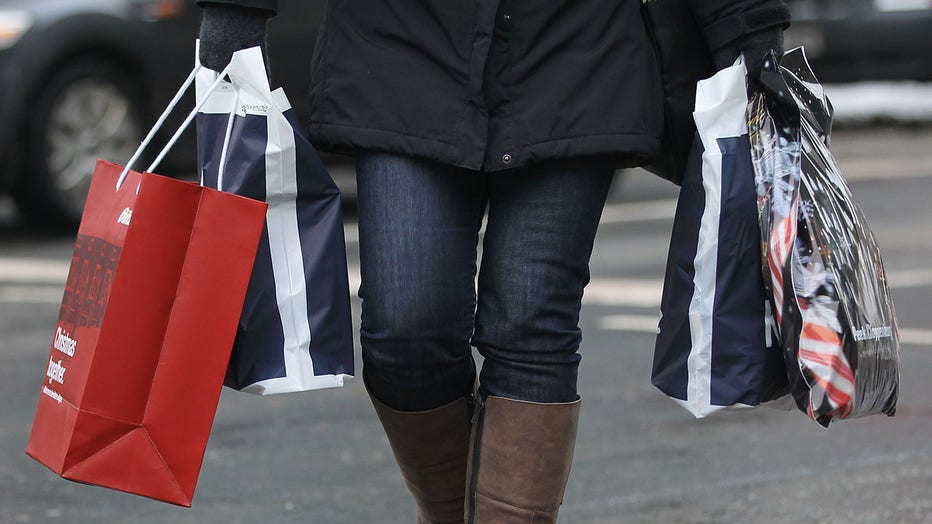 A woman carries shopping bags two days before Christmas on December 22, 2010 in Berlin, Germany. German retailers have announced strong Christmas sales that are coming on the heels of a robust German economic recovery from the global financial crisis

Online sales and other non-store purchases alone are projected to reach between $218.3 billion and $226.2 billion, up from $196.7 billion a year ago, according to NRF.

These figures underscore the notion that consumers have more spending power as the year winds to a close, according to NRF chief economist Jack Kleinhenz.

"The unusual and beneficial position we find ourselves in is that households have increased spending vigorously throughout most of 2021 and remain with plenty of holiday purchasing power," Kleinhenz said.

To keep up with the demand, Shay noted that "retailers are making significant investments in their supply chains and spending heavily to ensure they have products on their shelves."

Kleinhenz noted that retailers still need to be wary of inventory levels early on in the season, which could make or break their holiday sales.

"With the prospect of consumers seeking to shop early, inventories may be pulled down sooner and shortages may develop in the later weeks of the shopping season," he said. "However, if retailers can keep merchandise on the shelves and merchandise arrives before Christmas, it could be a stellar holiday sales season."

Get more updates on this story at FOXBusiness.com.