PARKS, Ariz. (AP) - Three people were injured after three semi tractor-trailers were involved in a crash on Interstate 40 near Flagstaff, authorities said Sunday.

Authorities said three people had to be extricated from the big rigs and one person was airlifted to a hospital with the other two transported by ground.

Photos from the crash scene showed one big truck tipped on its side and the other semi-trucks with extensive front damage.

The cause of the crash wasn’t immediately clear and authorities didn’t release the names and conditions of the three people pulled from the wreck, which closed one lane of I-40 for several hours. 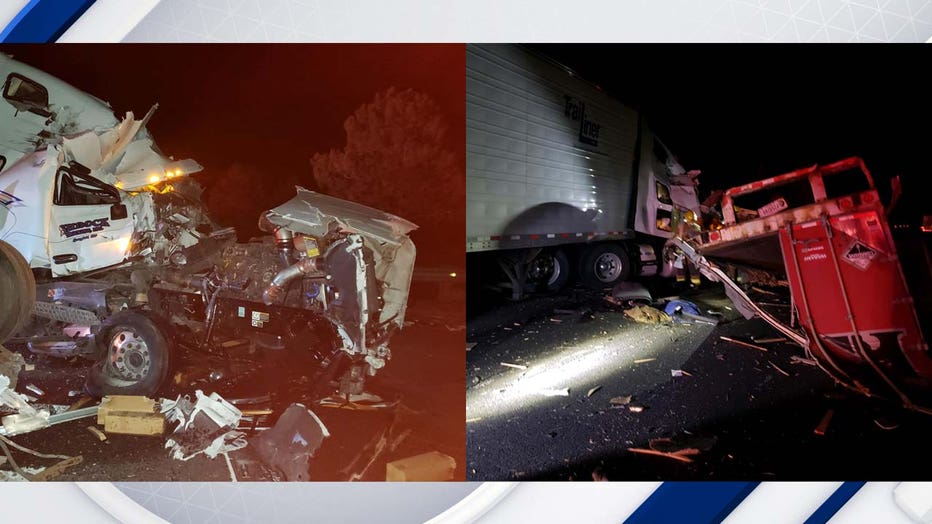