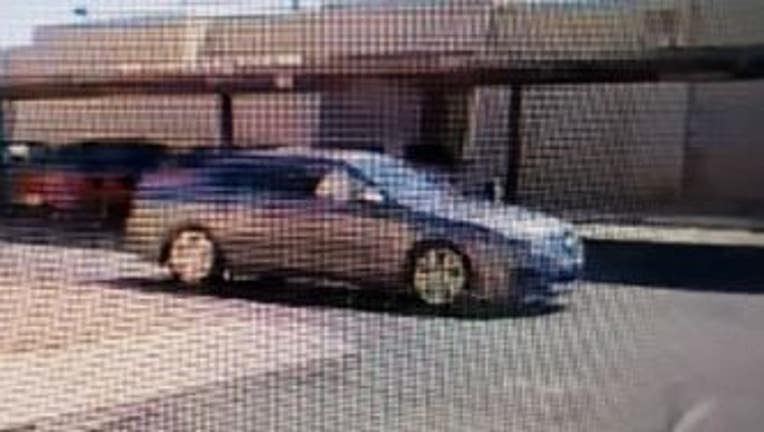 A photo of the alleged suspect's vehicle.

Officials say the letter carrier was assaulted and robbed while on the job near Broadway and Hardy Drive Wednesday afternoon.

Police believe the suspect was in a gray four-door sedan.

He is described as a 5'10", 160-pound white male with brown hair and brown eyes wearing a black sweater and blue jeans.