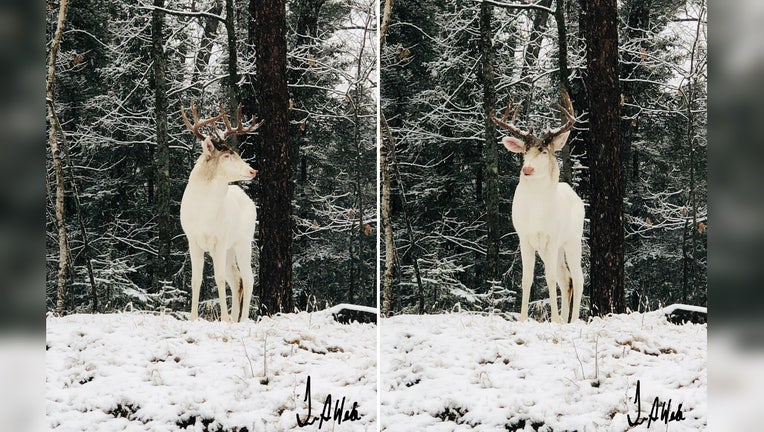 BOULDER JUNCTION, Wis. - A woman in Wisconsin captured a photo of a rare albino buck in her backyard.

Tracy Weese spotted the deer as it strolled through her snow-covered yard in Boulder Junction on Sunday.

“His majesty just strolled through our backyard,” Weese wrote alongside the photos. She said the deer was an 11-point buck.

It is illegal to shoot all-white deer in Wisconsin, since they are protected by the state.

According to the Wisconsin Department of Natural Resources, hunters are prohibited from shooting "albino and white deer which have a coat of all white hair except that the hair on the tarsal glands, head or parts of the head may be a color other than white."