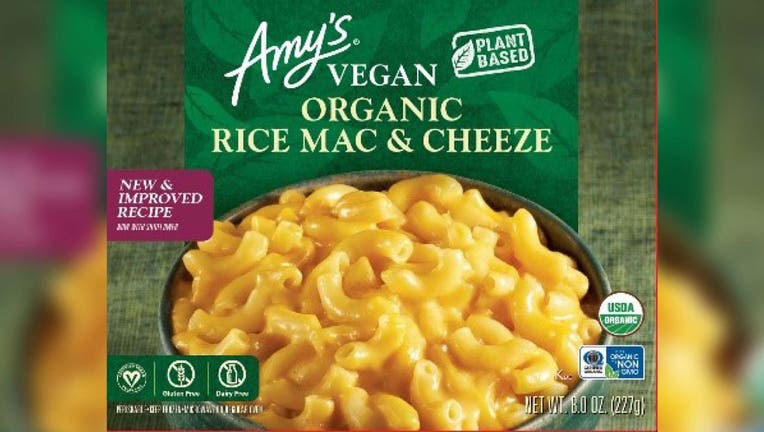 California-based Amy’s Kitchen is recalling more than 15,000 cases of vegan mac & cheese due to potentially having "trace amounts of milk."

Any consumer who has an allergy or sensitivity to milk should not eat Lot 60J0421 of the Vegan Organic Rice Mac & Cheeze "to avoid the risk of a serious or life-threatening allergic reaction," according to a recall notice posted by the U.S. Food and Drug Administration (FDA).

Amy’s Kitchen initiated the Class I recall for one lot of the product– about 15,626 cases – "out of an abundance of caution" to make sure consumers with an allergy or sensitivity to milk are safe, according to the notice.

A recall is classified as a "Class I" when using or being exposed to a product can result in serious adverse health consequences or even death, according to the FDA.

The recall came after testing from third-party laboratory indicated that one of the meals in the recalled lot had "trace amounts of milk protein," according to the recall notice.

The company says it immediately notified the FDA and is informing its customers to throw away any product that is currently on store shelves or in distribution.

The company is advising consumers who purchased the product to throw it away or return it for a full refund.

The company said in a statement that the "safety of consumers is the top priority."

"Amy’s follows the highest possible food safety and quality control standards to ensure the safety and full enjoyment of its meals and is committed to implementing corrective actions flowing from the investigation of this event," Amy's Kitchen said.

No other items from Amy’s Kitchen products have been affected by this recall.