Jim Burwell, a local photographer, shared a video of the sight from his backyard in Marana, Aizona. (Credit: Jim Burwell Photography)

PHOENIX - It’s an eerie sight to see in Arizona: A red sun and moon were captured on Tuesday morning by residents across Arizona, lighting up social media.

According to local meteorologists, the red hues are due to wildfire smoke blowing into the state, which has caused hazy skies and a red tint to the moon and sun. 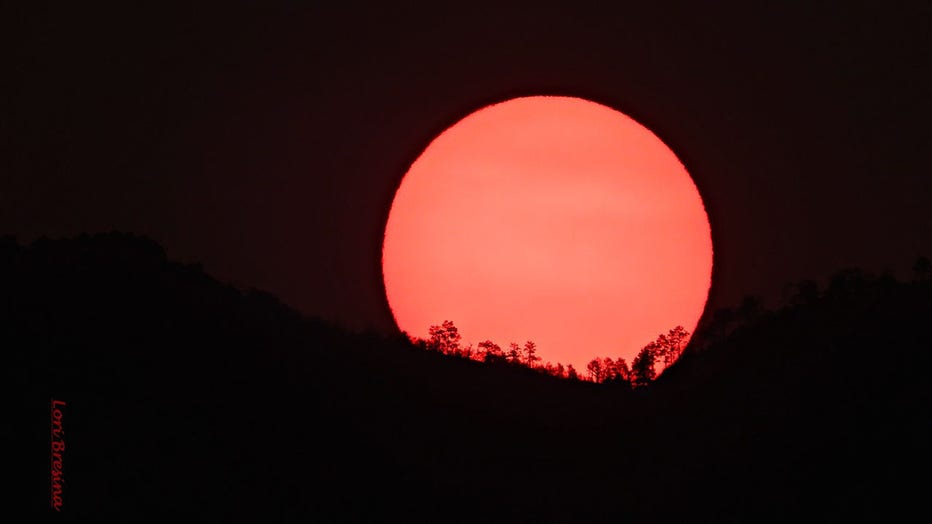 Jim Burwell, a local Arizona photographer, shared a video of the incredible sight from his own backyard in Marana, Arizona.

“I actually couldn’t believe my eyes,” Burwell told FOX TV Stations. “Originally I thought it was the moon but then realized it was the sun. I’ve been in Arizona all my life and witnessed thousands of beautiful sunrises over the years, but I’ve never seen it do this before. I knew we were seeing something pretty special.”

Viewers of FOX 10 Phoenix also shared pictures and video of the phenomenon. 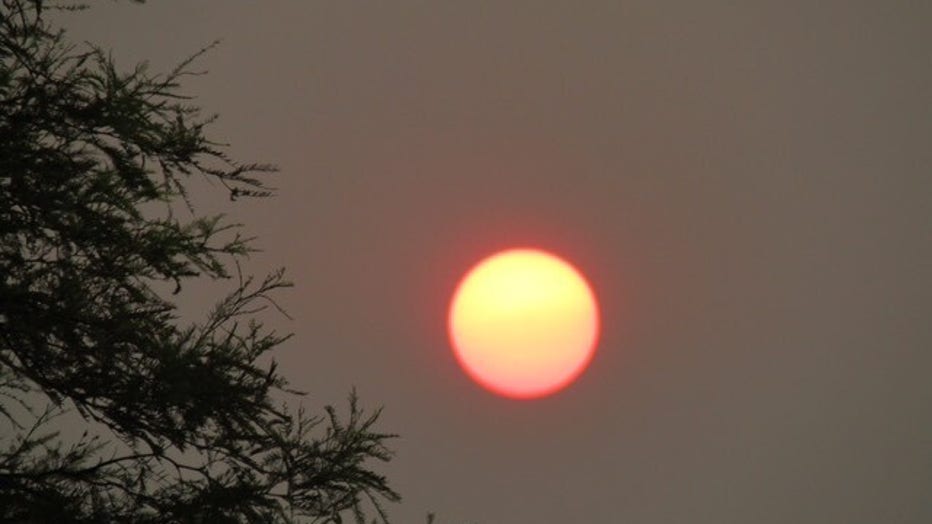 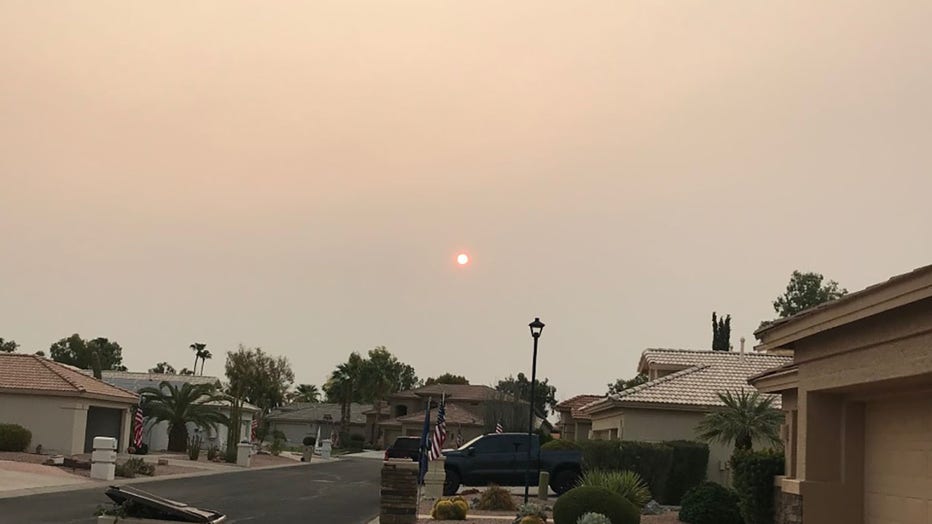 What causes a red moon or sun?

Smoke or dust in the sky can cause the sun or moon to take on an orange or red hue.

Sun rays contain light from the whole visible spectrum. On a normal day, short wavelength colors such as purple and blue are filtered out, which cause the sun to look yellow.

However, when sunlight hits smoke particles in the atmosphere, “scattering” occurs, which sends light out in different directions.

“Blue and green wavelengths of visible light are scattered by the smoke particles, while more of the red gets through,” Ken Drozd, Warning Coordination Meteorologist with the National Weather Service in Tucson, Arizona said. 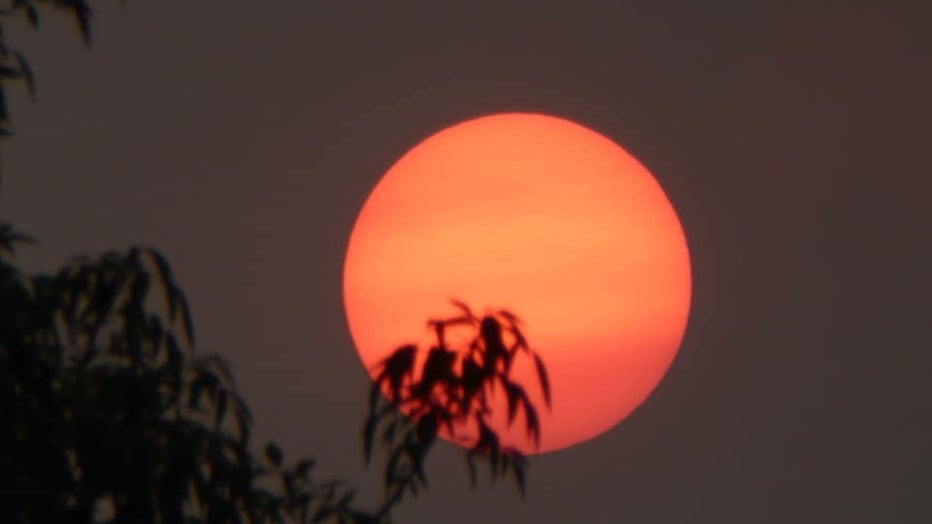 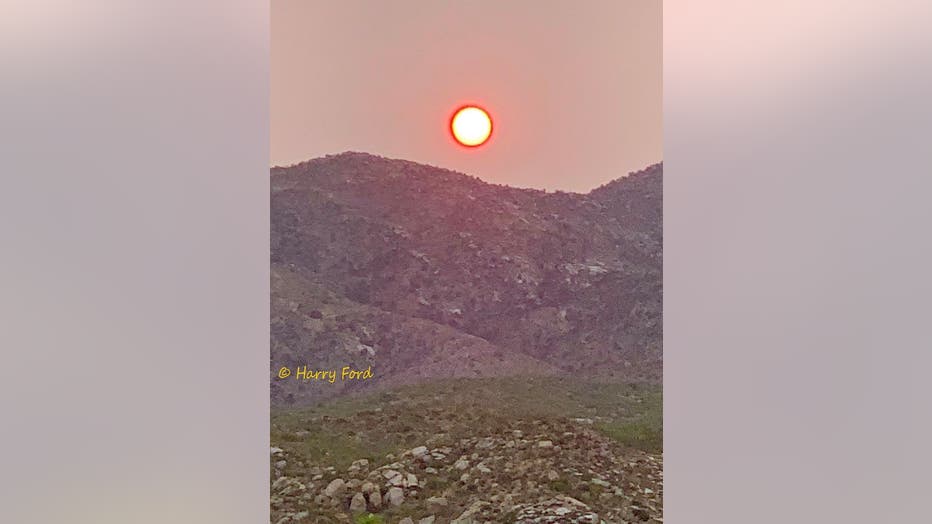 According to Drozd, the deep low pressure system which dropped southward on Monday had strong winds on its west side, which allowed the smoke from wildfires in nearby states such as California and Oregon to be quickly transported to Arizona before it had a chance to disperse.

As of Monday, California wildfires scorched over 2 million acres of land in the Golden State. Crews were actively conducting rescue operations to help people surrounded by the fires.