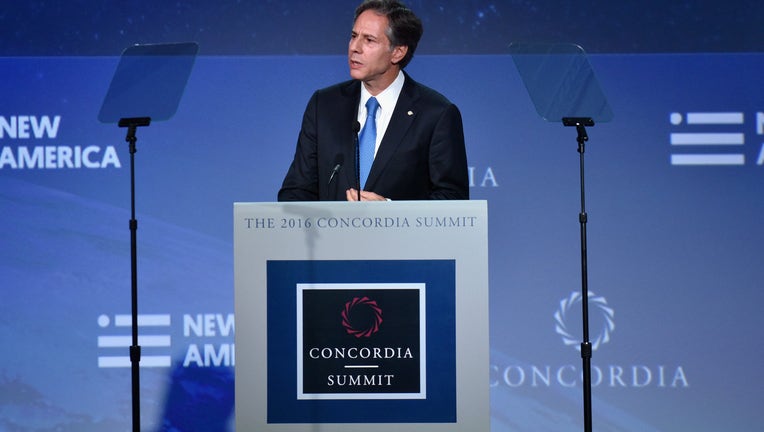 The contours of President-elect Joe Biden’s cabinet are coming into focus after he announced that he has selected Antony Blinken as his incoming administration’s secretary of state.

“We have no time to lose when it comes to our national security and foreign policy. I need a team ready on Day One to help me reclaim America’s seat at the head of the table, rally the world to meet the biggest challenges we face, and advance our security, prosperity, and values. This is the crux of that team,” Biden said in a statement. “These individuals are equally as experienced and crisis-tested as they are innovative and imaginative.”

Blinken also confirmed his nomination in a tweet Monday.

Blinken isn’t a stranger to the field of foreign policy. Here is a look at where he came from, and where he’s headed:

Blinken, 58, is a familiar face in Washington on foreign policy.

“From 2015 to 2017, Blinken served as Deputy Secretary of State under the Obama-Biden administration. In that role, Blinken helped to lead diplomacy in the fight against ISIL, the rebalance to Asia, and the global refugee crisis, while building bridges to the innovation community,” Biden said in a statement.

According to the New York Times, Blinken also played a role in Obama’s negotiations with Iran regarding its nuclear program. During the first term of the Obama administration, Blinken served as Biden’s national security adviser, according to FOX News.

From 1991 to 2001, Blinken worked as a member of President Bill Clinton’s National Security Council, according to Foreign Policy News. He also served in the Bush administration as Democratic staff director for the U.S. Senate Foreign Relations Committee.

Blinken was born in 1962 in New York City. He spent part of his childhood in New York and Paris.

Blinken graduated from both Harvard University and Columbia Law School. His journalistic background included writing for the Harvard Crimson and The New Republican. He also practiced law in New York and Paris.

In 2002, he married Evan Ryan, who also worked in politics. He also has a band and is featured on Spotify.

In his new role, Blinken will serve as the president’s principal adviser on foreign policy. His duties will include conducting negotiations on foreign affairs, advising the president on the appointment of U.S. ambassadors, ministers, consuls and other diplomatic representatives, and negotiating, interpreting, and terminating treaties and agreements.

Among Blinken’s likely priorities will be a restoration of America’s leadership role on the global stage. Biden ran on a campaign promise of restoring diplomatic relations with America’s allies, in stark contrast to Trump’s “America first” approach. Biden said America must be a leader for other democratic countries around the world.

Part of Biden’s plan also includes denuclearizing North Korea and Iran as well as rejoining the Paris Climate Accord after Trump withdrew the U.S. from the agreement.