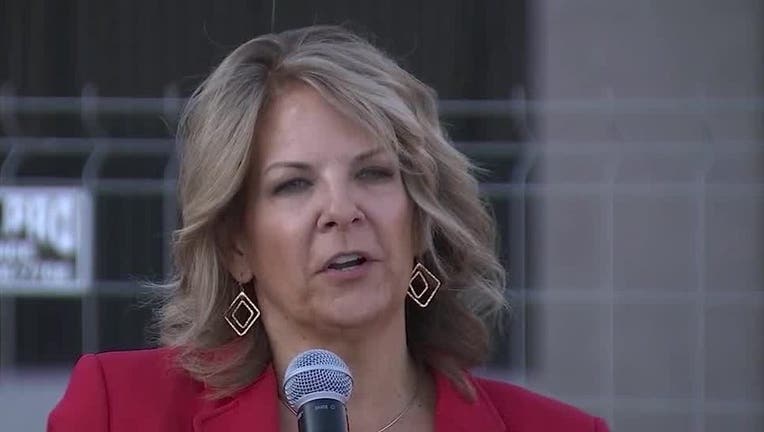 Ward filed a notice of appeal late Friday with the Arizona Supreme Court.

A Maricopa County Superior Court Judge had concluded on Dec. 4 that Ward failed to prove fraud in her challenge of election results in metro Phoenix and that evidence presented at trial wouldn’t reverse President Donald Trump’s loss in the state.

Ward's lawsuit is one of the five election challenges in Maricopa County that were dismissed, including one by the state GOP that sought to determine whether voting machines were hacked.

The state’s election results were certified a week ago, showing Biden won Arizona. The Electoral College is scheduled to meet on Dec. 14.

No evidence of voter fraud or election fraud has emerged during this election season in Arizona.

Party officials allege election results in some Maricopa County suburbs were, in their words, strongly inconsistent with voter registration and historical voting data.

Continuing coverage of the 2020 Election:

Gov. Ducey: 'Feeling is mutual' when responding to Kelli Ward tweet telling him to 'shut the hell up'

During a news conference on Dec. 2, Arizona Governor Doug Ducey responded to a rather uncivil tweet by Arizona Republican Party Chairwoman Kelli Ward over Arizona's election.

A judge in Arizona has dismissed Arizona Republican Party Chairwoman Kelli Ward's bid to challenge ballots in Phoenix that were duplicated because voters’ earlier ballots were damaged or could not be run through tabulators.

The speaker of the Arizona State House says he will not "entertain a suggestion" that the legislature overturn the people's vote and select electors for President Trump.

Official estimates errors could have cost Trump 103 votes in Phoenix

An error in the processing of some ballots may have cost President Trump some votes in the Metro Phoenix area, but not enough to overturn President-elect Joe Biden's lead.