PHOENIX (AP) - In early August, Arizona Gov. Doug Ducey beamed in the White House as he basked in praise from President Donald Trump for his handling of the COVID-19 outbreak. Arizona’s response to the virus, Trump said, was a model for other states.

Just a few weeks earlier, Ducey was being vilified as Arizona hospital beds filled with infected patients and hundreds of people were dying each week. Arizona was the leading virus hot spot in the nation and the Republican governor was getting the blame.

The governor’s management of the coronavirus though the pandemic’s initial low stages to its extreme onslaught and back to lows again holds stark lessons for other states as their leaders oversee reopenings of universities, K-12 schools and businesses into the fall.

Whether Ducey deserves credit or blame for alternately controlling and unleashing the virus is not in doubt — observers say he’s earned both.

Ducey for months has tried to juggle conflicting virus priorities of politics and public safety while attempting to minimize the economic harm from closing businesses and to rein in a unique, fast-spreading and sometimes lethal virus in a state with a strong libertarian fabric. 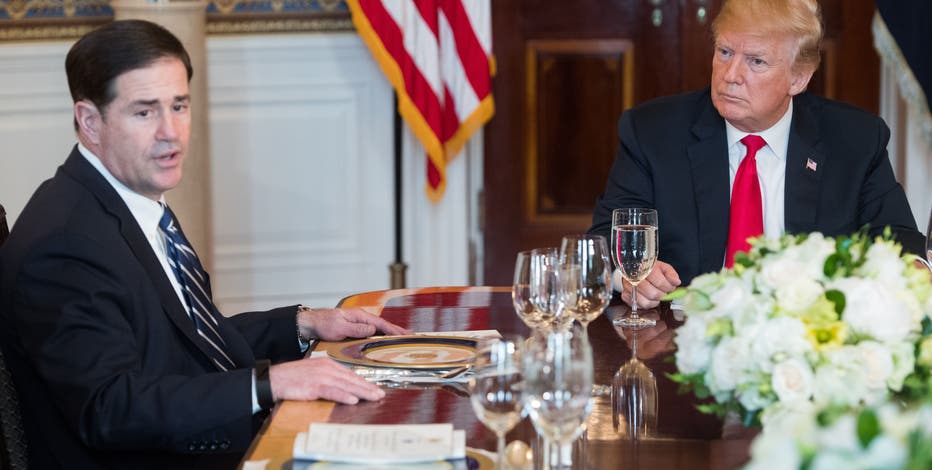 President Donald Trump is set to host Arizona Gov. Doug Ducey at the White House on August 5, as he points to the state as a model for the nation for addressing “embers” of the coronavirus.

Wearing masks, staying home and keeping safe social distances, as in some other places, became a sticky conflict point among many headstrong Arizona residents.

Like many governors, Ducey took the early prevention step of shutting down much of the state’s economy and invoking a stay-home order in March.

But he reopened the economy in May with little or no enforcement of new rules like limits on bar capacity. Bars and nightclubs in Tucson and metro Phoenix were packed the weekend after the lockdown was lifted.

A surge of new infections hit the state just 10 days later and Arizona hospitals were packed with the sick within weeks, nearing their capacity to treat patients. 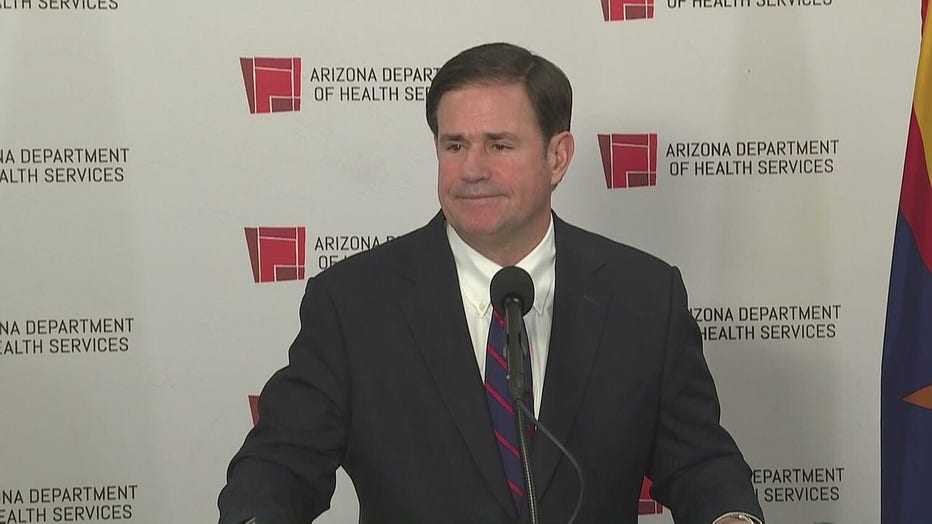 Some believe Ducey reopened so early because Trump made a visit to Phoenix in early May to visit a plant making protective masks. Ducey’s decision to quickly remove restrictions instead of using a measured approach has also come under criticism.

“It wasn’t phased in – it was just ‘boom open it all up’ – timed to when Trump came to Arizona,” said Regina Romero, the Democratic mayor of Tucson. “And I felt very strongly that it was too soon, that it was timed for political purposes and not based on science and public health.”

Kristin Urquiza made local and national headlines when she blamed Ducey for the death of her 65-year-old father, Mark Anthony Urquiza of Phoenix, who died of the virus June 30. She said her father was serious about taking virus prevention steps until Arizona’s reopening, when he resumed his normal life and headed to a karaoke bar with friends only to get infected.

“His life was robbed. I believe that terrible leadership and flawed policies put my father’s life in the balance,” Urquiza said in July ahead of her appearance at the Democratic National Convention, where she criticized Trump. 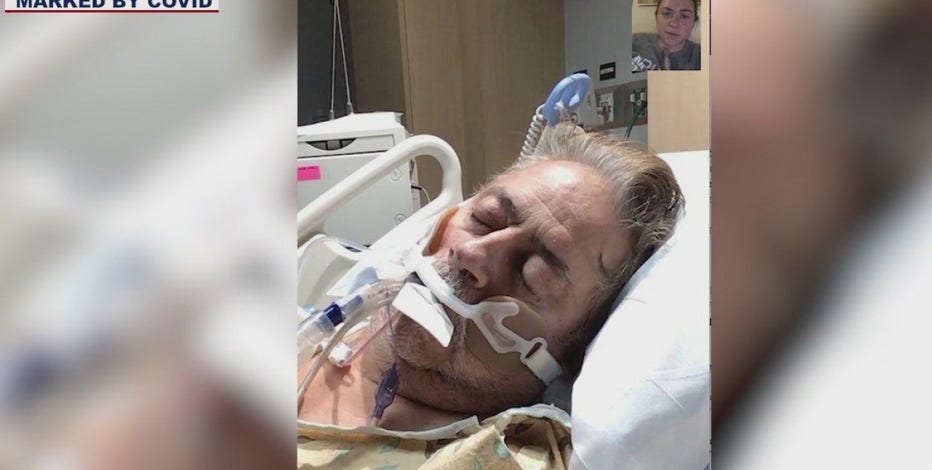 The woman of a man who died from COVID-19 even invited Gov. Ducey to her father’s funeral.

Ducey has brushed off the criticism, repeatedly saying that his decisions are informed by science and data from health experts.

Governor's response to May reopenings

In late May, Ducey pushed back on reporter questions about videos from old town Scottsdale on Memorial Day that showed crowds of hundreds of people partying in the nightclub district. He repeatedly avoided criticizing businesses and people ignoring social distancing guidance and stressed that most people were following the rules.

At that point, the state had fewer than 1,000 new virus cases daily.

But Ducey simultaneously ignored advice from health officials outside his administration. Just seven days after his stay-home order ended on May 15, the president of the Arizona Medical Association physicians group sent Ducey a letter urging him to crack down on bars and nightclubs that weren’t enforcing social distancing guidelines.

“Now, there is clear proof of overcrowded bars, people elbow to elbow, increasing significant risk of potential spread and a resurgence of the virus,” Dr. Ross Goldberg wrote in a May 22 letter obtained from Ducey’s office by The Associated Press under a public records request.

Goldberg in his letter urged Ducey to take enforcement action, but it did not happen.

Case counts rose exponentially and by mid-June the state was a national virus hotspot, logging more than 3,000 cases a day and on its way to a June 29 peak of more than 5,400 new daily cases.

“The reopening that we saw in May came much faster and all together than I think any of the public health folks would have recommended,” said Dr. Bob England, the former director of the Pima and Maricopa County health departments.

Ducey early on had banned local governments from taking steps beyond what the state was ordering, but reversed course by allowing cities and counties to impose mask requirements. At the end of June, he re-ordered bars, nightclubs, movie theaters and water parks to close.

The measures started to pay off by late July, and a month later Arizona was no longer a virus hotspot. Bars and nightclubs that serve food and other venues in much of the state were allowed to reopen with limited capacity.

But this time, bars that violated limits on capacity and bans on dancing or violations of mask orders were subjected to a state crackdown: Several were closed by state health authorities and their liquor licenses were suspended indefinitely. 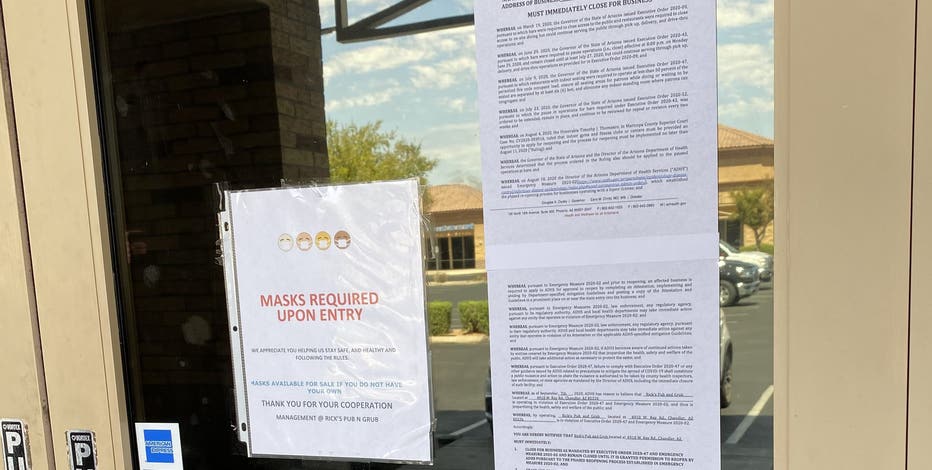 Another closure added to the growing list of businesses that violated COVID-19 guidance is Rick's Pub and Grub in Chandler, says the state's health department on Sept. 7.

Dr. Eric Toner, a senior scholar at the John Hopkins Center for Health Security in Baltimore who has been setting healthcare preparedness policy for pandemics for decades, gives Ducey credit for acting this time to prevent big bar scenes.

“You have to be actively looking for non-adherence to the guidelines, and you have to be vigorous in enforcement,” he said.

“I think that’s probably the biggest factor in why Arizona’s cases got so big,” Toner said. “It was a delayed response, a slow response by the state government to the spike in cases.”

Toner warned that Arizona’s responses can serve as lessons for other states.

“Governments need to be very responsive and not wait for things to get bad – because once they get bad then it’s going to take weeks or months to recover,” he said. 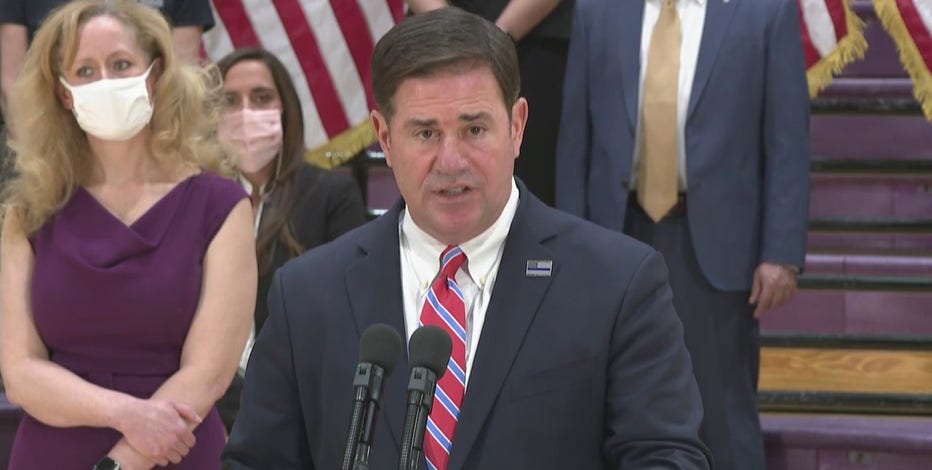 The briefing, which began Sept. 10 at 1 p.m., discussed support for those struggling with depression and other mental health issues. Gov. Ducey also briefed the media on the latest efforts to reduce the spread of the pandemic in Arizona. 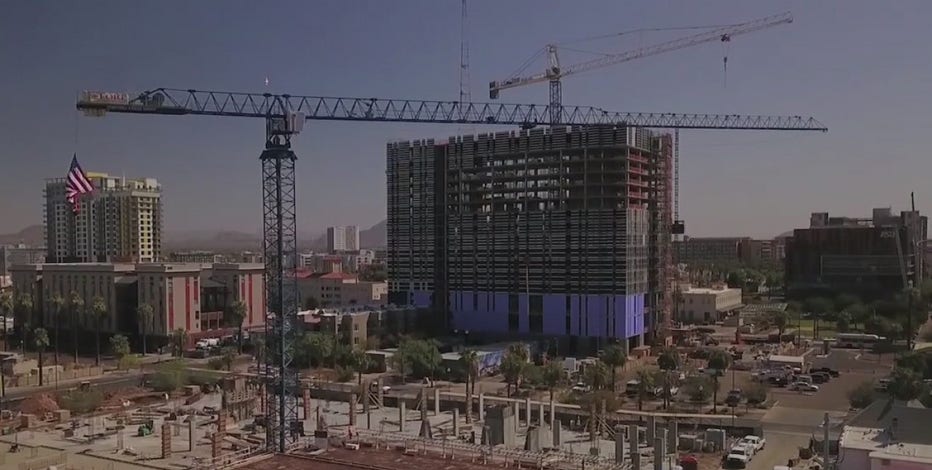 The COVID-19 pandemic is causing some hard times for businesses, but some are still looking at Phoenix's economic future with optimism. 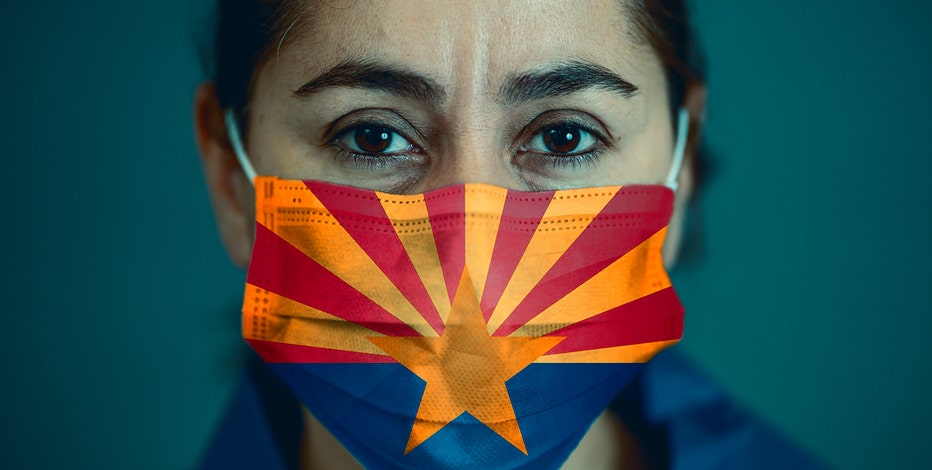 Some call for end to coronavirus rules as Arizona cases decline

The Department of Health Services reported an 81 additional cases statewide. The last time the state saw a daily case count below 100 was in March, according to online data.