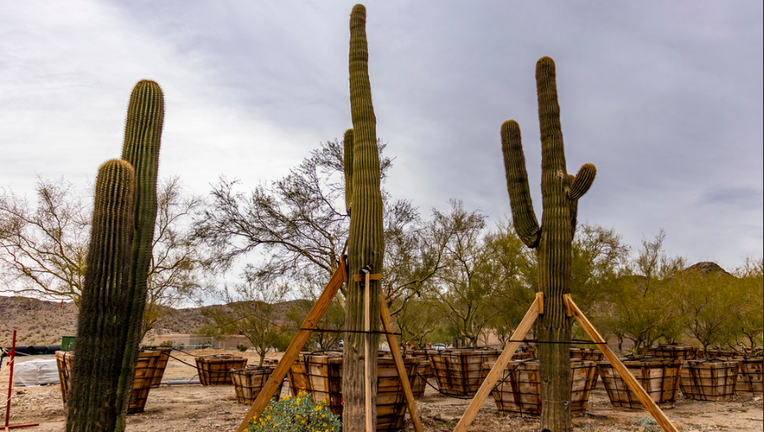 PHOENIX - The Arizona Department of Transportation is restoring native vegetation along a newly opened freeway around the south side of metro Phoenix.

More than 1,000 cactuses, trees and other native plants removed from the path of the South Mountain freeway are being replanted along the 22-mile route, the department said.