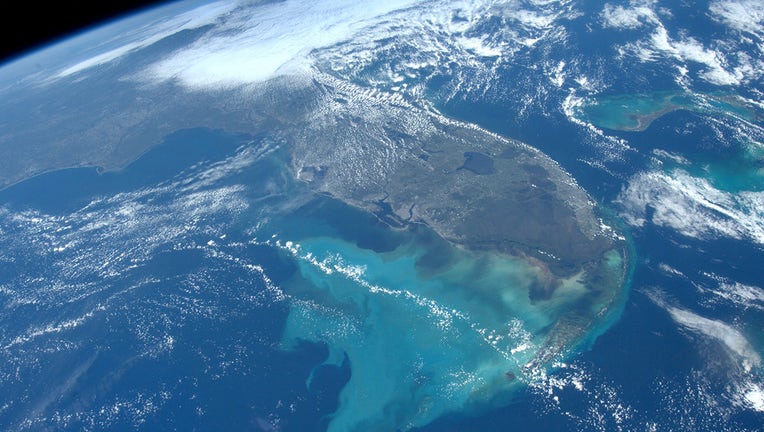 This picture shows how the Florida peninsula is shedding all the water Hurricane Ian dumped on it. (Bob "Farmer" Hines / NASA)

Not only did Hurricane Ian push in several feet of water during a catastrophic storm surge last week, but the storm dumped well over a foot of rain across a wide swath of Central and North Florida.

Now, much of that water is draining out toward the Gulf of Mexico and carrying a lot of what used to be Florida soil with it.

Photos from astronaut Bob "Farmer" Hines on board the International Space Station some 254 miles above Earth showed massive amounts of dirt and silt being dumped into the Gulf of Mexico in the days after Ian struck. 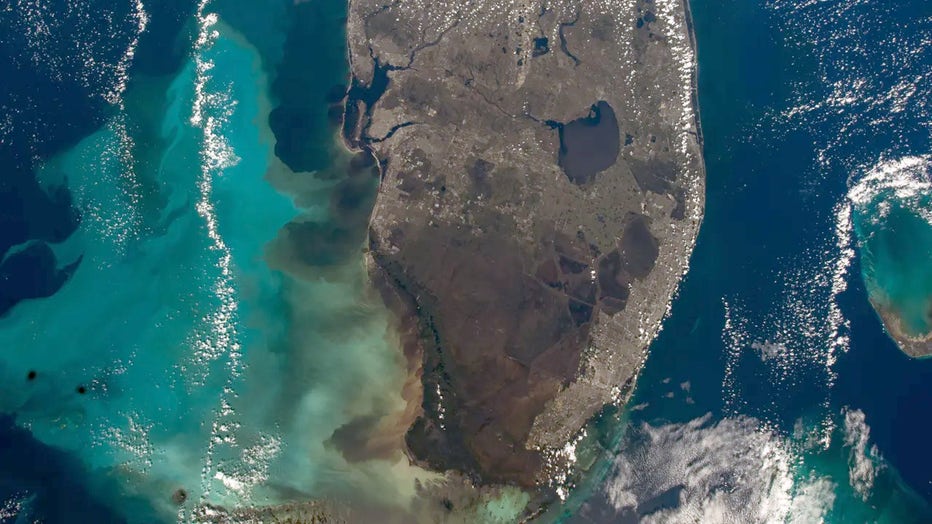 "This picture shows how the Florida Peninsula is shedding all the water Hurricane Ian dumped on it," Hines tweeted, adding the photo was taken two days after Ian's landfall.

NOAA's Weather Prediction Center calculated that over 3,500 square miles of Florida received at least 10 inches of rain within 24 hours during Ian's trek across the state.

Also visible from space: the teal-colored scars left behind just off the Florida coast from Ian's path into the state.

Animation: GOES-16 images showing Florida waters on Sept. 20 before Hurricane Ian and on Sept. 30 after Ian passed showing how much sediment was churned up in the Gulf of Mexico. (NOAA / CIRA / RAMMB)

The storm's 150-mph winds and massive waves acted like a miles-long blender that churned up sediment from the depths of the Gulf of Mexico.

More than a dozen river gauges in Central Florida are reporting that major or moderate flooding continues even a week after Ian's landfall.

LINK: GET MORE ON THIS STORY FROM FOXWEATHER.COM