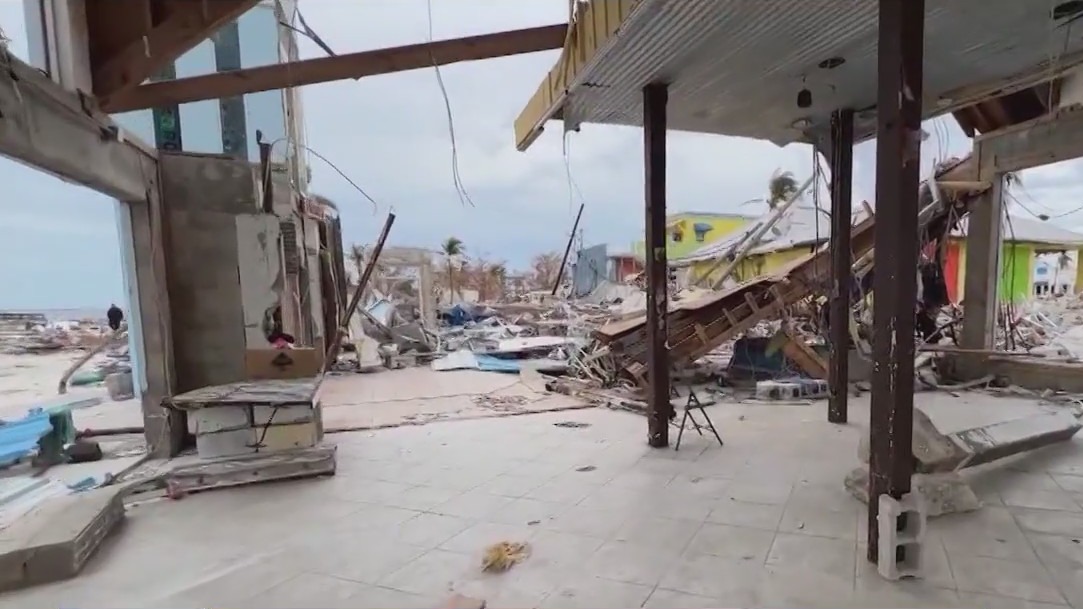 It's been weeks since Hurricane Ian wreaked havoc in parts of Florida, and the Red Cross is still sending volunteers from around the countrry to lend a hand in the recovery. FOX 10's Desiree Fluellen caught up with one of those volunteers, as he sets off from the Phoenix area to help.

James Hewitt rushed to help his friend in Florida after Hurricane Ian leveled parts of the state, but his fiancée says he was unaware of the dangers of infection.

Research from the longest-running study of shark mating behavior in the world is highlighting the importance of protecting a critical habitat for sharks and rays in Florida after the vulnerable location took a direct hit from Hurricane Ian at the end of September.

The causeway washed out by Hurricane Ian that links Sanibel Island to the Florida mainland reopened with temporary repairs on Wednesday, Gov. Ron DeSantis announced.

Photographer Krista Kowalczyk has helped dozens of families recover photos damaged by Hurricane Ian in Southwest Florida and has tips for others who hope to save their photographs.

Data from the Medical Examiners Commission also shows that most people who died in the Category 4 hurricane were 70 or older.

It's been two weeks since Hurricane Ian slammed into Southwest Florida and officials are still trying to get in contact with hundreds of missing people.

Most residents of Fort Myers Beach have been off the island since being evacuated when Hurricane Ian approached the area at the end of September.

A Florida woman who lost her wedding ring before Hurricane Ian ended up finding it among the storm debris.

Hurricane Ian made landfall Wednesday in Florida as a catastrophic Category 4 storm with 150-mph winds.

Not only did Hurricane Ian push in several feet of water during a catastrophic storm surge last week, but the storm dumped well over a foot of rain across a wide swath of Central and North Florida.

President Joe Biden has surveyed the devastation of hurricane-ravaged Florida, promising to marshal the power of the federal government to help rebuild.

A mother's account of the cataclysmic storm will haunt the Fort Myers, Florida, family forever.

More than half of the 119 schools in Lee County suffered minor damages.

It's been nearly a week since Hurricane Ian made a catastrophic landfall along Florida's southwestern coast, and as cleanup and search and rescue efforts continue across the state, flooding is still a major concern as rivers continue to rise.

The only thing Lorraine Regan wanted after Hurricane Ian lashed out in a fury last week was to let her kids know she survived one of the strongest hurricanes ever to strike Florida. Now, it will be a tale to tell generations about the harrowing ordeal she lived through.

The mayor of a Florida town was arrested after police said he hit another man in the face with a rake while they were cleaning up a park in Brevard County after Hurricane Ian.