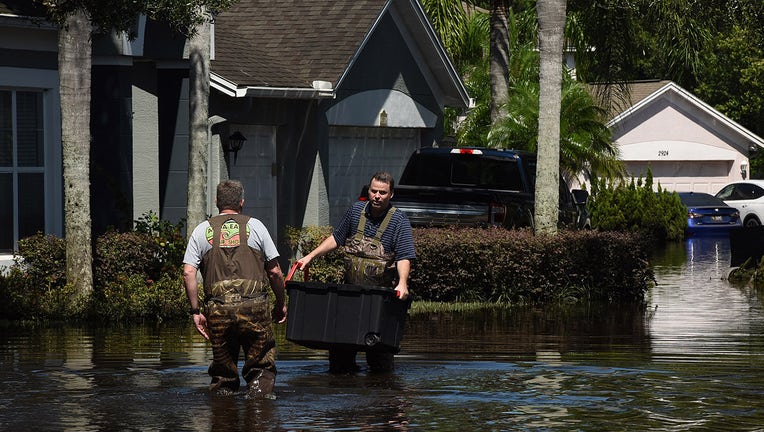 Two men wade through water to pick up items from a home flooded by rain from Hurricane Ian on October 1, 2022 in Orlando, Florida. (Photo by Paul Hennessy/Anadolu Agency via Getty Images)

It's been nearly a week since Hurricane Ian made a catastrophic landfall along Florida's southwestern coast as a Category 4 hurricane with winds of 150 mph, and as cleanup and search and rescue efforts continue across the state, flooding is still a major concern as rivers continue to rise.

When Hurricane Ian made landfall, it brought a deadly storm surge and torrential rain that led to major flooding of rivers and lakes across the state.

FOX Weather correspondent Max Gorden was along the Peace River in Arcadia, Florida, on Tuesday morning, and flooding is still causing significant problems in that area.

"The floodwaters are still here a week after Hurricane Ian made landfall," he said. "Right now, we have law enforcement and National Guard here conducting operations in the area for people who might have been stranded by floodwaters."

Gorden said the National Guard has spearheaded the relief operation by distributing water, food and other supplies to residents who have been cut off by flooding.

Some residents told Gorden that they hunkered down to brace themselves for the effects of Ian, but they weren't expecting so much flooding in the area. 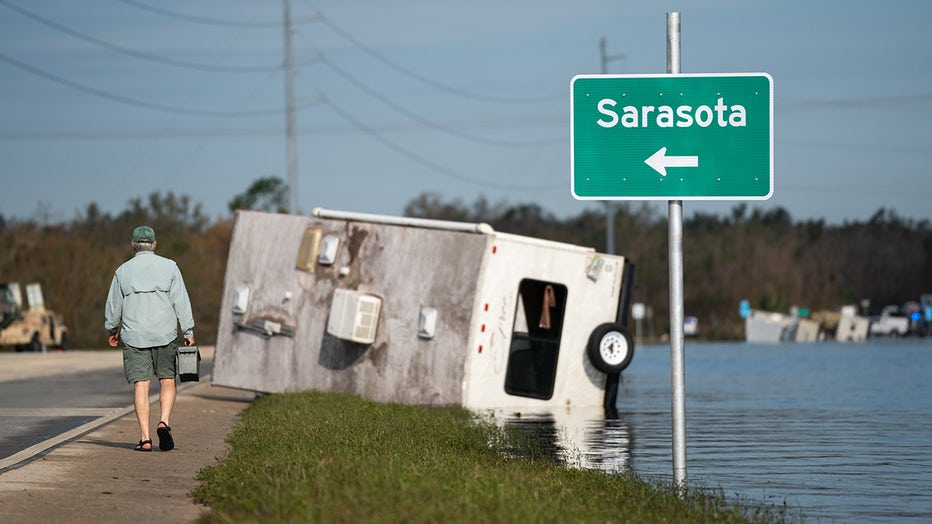 A man walks along a road near floodwater and a storm-damaged trailer camper near the Peace River on October 4, 2022 in Arcadia, Florida. Fifty miles inland, and nearly a week after Hurricane Ian made landfall on the gulf coast of Florida, the record

Nearly 2 feet of rain fell in the Arcadia area, and many other locations across the state picked up more than a foot of rain.

And now, nearly a week after the storm, those floodwaters remain. 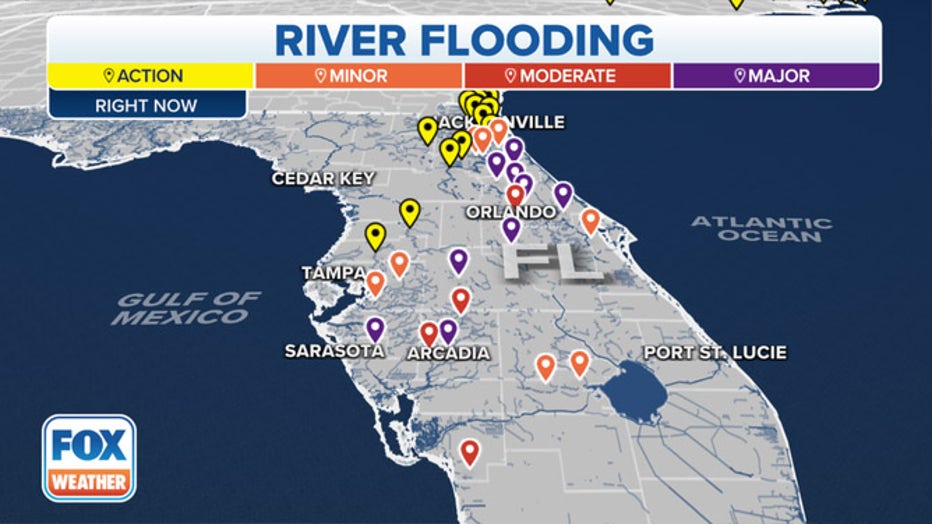 Major flooding has been reported along rivers from where Hurricane Ian made landfall to the northeastern shores of Florida, where the storm moved out into the Atlantic Ocean.

And it wasn't only rivers that experienced flooding.

Many lakes that dot the Florida landscape also experienced flooding and overflowed their banks, sending copious amounts of water into communities along Ian's path across the state.

The Orange County Sheriff's Office tweeted out drone video of major flooding that is still being seen in the area.

The video shows flooding near Alafaya Train, Dean Road, Lake Underhill Road and Rouse Road in the eastern part of the county.

Cars were spotted completely submerged in water, as well as water covering roads and creeping into homes and businesses across the area.

Several rivers in the southwestern and central parts of the state saw all-time record flooding due to the torrential rain caused by Hurricane Ian.

This includes the Little Wekiva River in Altamonte Springs, Florida.

Rivers in the northeastern part of the state are also experiencing major flooding and have reached all-time record water levels.

LINK: Get the latest on this story from FOXweather.com