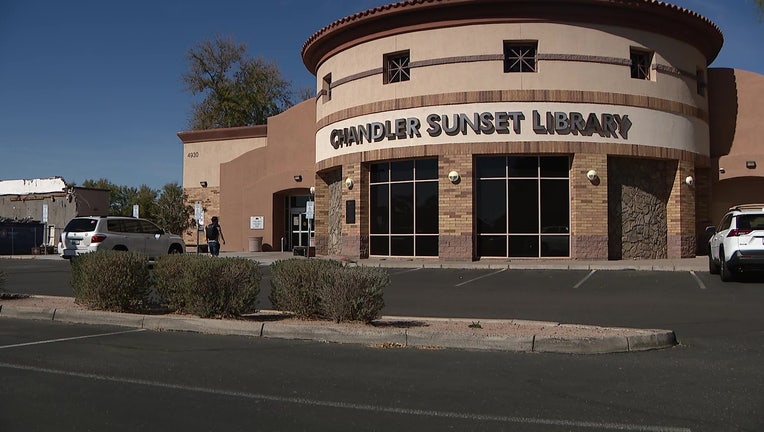 PHOENIX - A public library in Chandler is now back open, months after a nearby explosion destroyed parts of it. 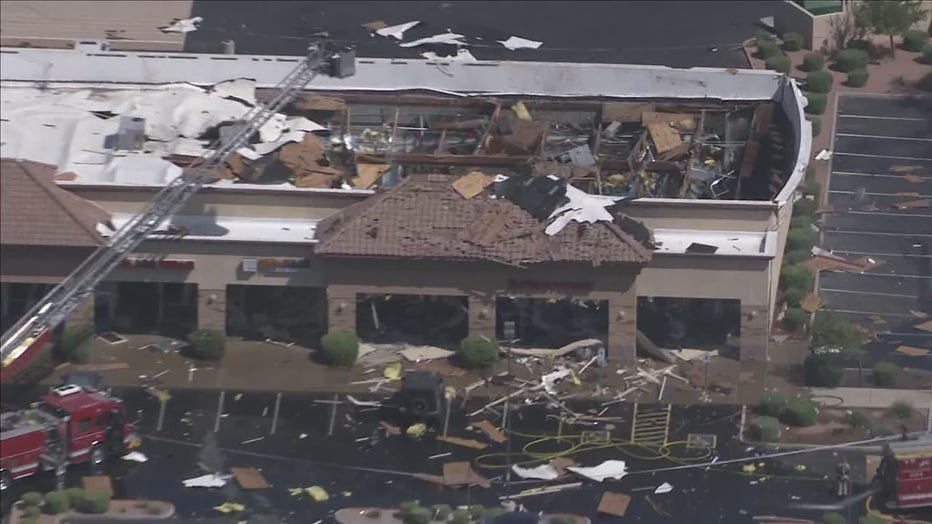 Screenshot of photo taken by SkyFOX in August 2021, showing extensive damage sustained by a business as a result of an explosion

The explosion that prompted Chandler Sunset Library's closure happened inside a nearby business called Platinum Printing.

The explosion happened on the morning of Aug. 26, 2021. The inside of the building is completely destroyed, with broken glass, splintered wood and insulation littering the parking lot. Debris from the blast was found up to 100 yards away.

The fourth victim, identified as Glenn Jordan, was the general manager of an eyeglass repair shop located a couple of stores down from the printing business.

In September, officials with Southwest Gas released initial results from an investigation into the explosion. In a statement, officials with the utility provider say the cause of the leak and subsequent explosion was premature degradation of a certain type of natural gas pipe that was installed at the location in 1999.

Library suffered damage in the explosion

Chandler's Sunset Library suffered damage in the explosion, with the blast sending parts of the shop flying into the library.

"We knew something really big had happened, because you felt it in the building," said Library Branch Manager Sue Van Horne. "Stuff was falling from the ceiling. It was, you know, our duct work was coming out the shelves."

For the past six months, construction workers have been fixing up damages to the roof, as well as damage caused by flooding inside the library as a result of the blast. Now, the library has new lighting, and certain books have been replaced.

On Feb. 14, members of the public got a chance to step inside the library.

"I was missing it a lot. It's my favorite library," said Patty Lee. "I live, like, three minutes away, so I'm excited."

Lee said before the blast, she would read two books a week, so for her, this library was a sanctuary during the ongoing COVID-19 pandemic.

"I would come here and get so many books, so it's just more convenient," said Lee. "I love all the people here, and they have a bigger selection than some libraries."

Staff members say they are thrilled to be back, and to be able to provide service to the community once again.