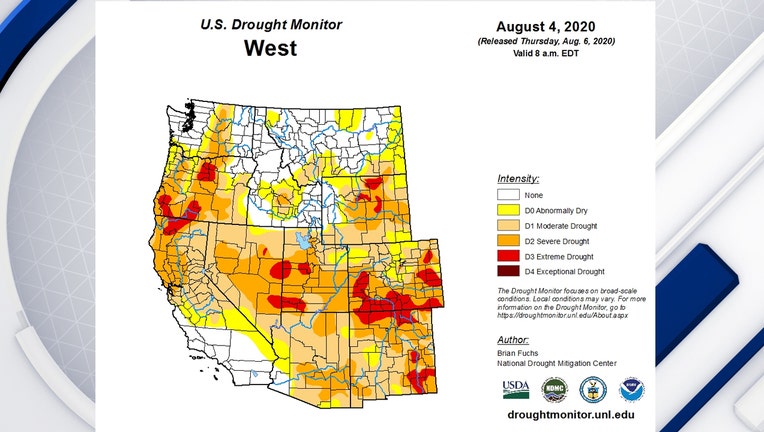 The latest weekly Drought Monitor map released August 6 shows areas of extreme drought in northern New Mexico near the Colorado border and in New Mexico’s southeastern corner while areas of severe drought are seen in other parts of those regions of the state as well as much of southern and south-central Arizona.

An Excessive Heat Watch is expected to be in effect for the Valley this weekend.

The Drought Monitor said the West has seen temperatures well above normal in the past week and that much of the region has been dry “with only spotty precipitation in places,” though the monsoon provided some relief to eastern New Mexico.

The Drought Monitor map is produced by the National Drought Mitigation Center at the University of Nebraska-Lincoln, the National Oceanic and Atmospheric Administration and the U.S. Department of Agriculture.