Weeks later, driver in deadly hit-and-run still on the loose

Phoenix police are asking for help finding the driver involved in a deadly hit-and-run crash involving a bicyclist near 32nd Street and Thomas back on April 2. They released surveillance video of the suspected car.

PHOENIX - Police continue to search for a driver in connection to a hit-and-run crash in Phoenix that left a bicyclist dead and his loved ones in mourning.

According to Phoenix Police, 66-year-old Jesus Quintanilla was riding his bicycle in the crosswalk near 32nd Street and Thomas Road just after 11 p.m. on April 2 when he was hit by a car.

Quintanilla was taken to a nearby hospital where he later died.

The vehicle has only been identified as a white sedan.

Nearly a month later, police continued to ask for help finding the suspect driver and released surveillance video of the vehicle involved in the crash.

If you have any information on this incident, you're asked to call Silent Witness at 480-WITNESS, or 480-TESTIGO for Spanish. 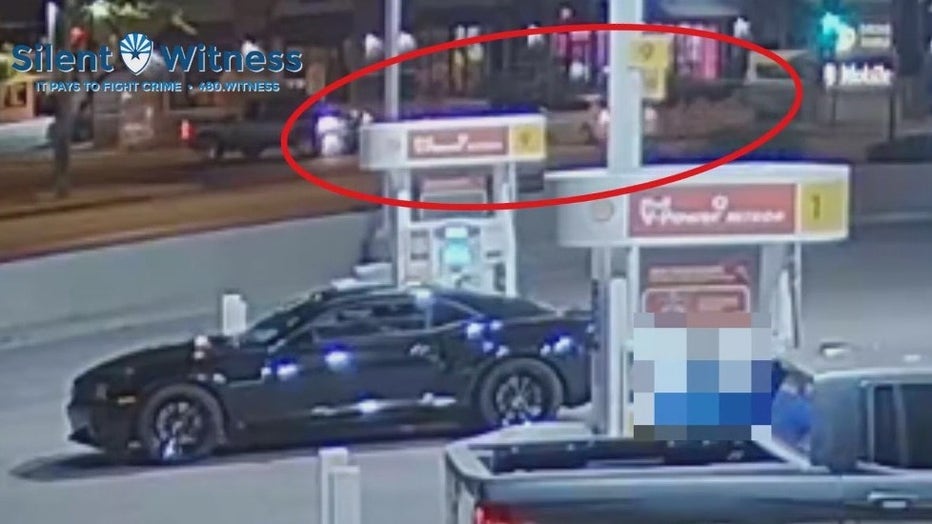 A white sedan (circled in red) was seen on surveillance video. (Silent Witness)

Coworkers mourn the loss of a Phoenix sports bar cook: 'He was our family'

According to Phoenix Police, 66-year-old Jesus Quintanilla was riding his bicycle in the crosswalk near 32nd Street and Thomas Road when he was hit by a car.

In less than 24 hours after his death, there's a small memorial up with candles and balloons outside Hideaway Lounge Sports Bar and Grill to honor the man that lost his life.

"We loved him. He was our family," Monica Reiser said. Customers that became friends of Quintanilla, affectionately known as "Jessie," are mourning the loss tonight.

"We just hugged and held each other and just talked about different stories about Jessie," said Dianna Kubik, owner of the lounge. She says Jessie had been working for her for about six years.

"Everybody is heartbroken," she said. "It’s been a really rough day for all of us."

The cook was known for having a smile plastered to his face, and customers say he didn't have a mean bone in his body.