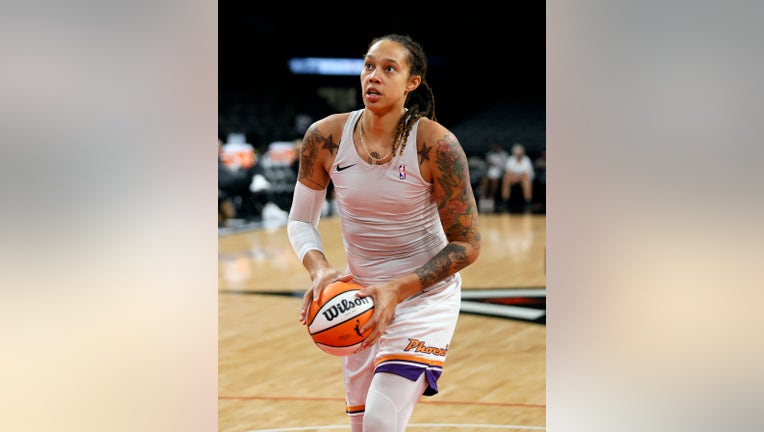 Brittney Griner, in a photo taken in 2021 (Photo by Ethan Miller/Getty Images)

PHOENIX (AP) - The Phoenix Mercury open the season at home Friday night against the Las Vegas Aces. One player who won’t be on the bench will be prominently on everyone’s minds: Brittney Griner.

"I think she is a leader of the league. I think she is somebody that everyone looks up to as a role model," said Phoenix Mercury fan Jack Pugliese. "I think to not have that presence is tough, but I think it will be a little extra determination for them tonight."

As the Mercury and the rest of the WNBA move forward into the 2022 season, Griner is nearing the three-month mark of her detention in Russia, with no timetable for her release.

"We all have concern for the situation, something that normally would be handled a lot quicker," Washington coach Mike Thibault said before the Mystics played the Indiana Fever on Friday night. "(It) certainly hasn’t been and I think everybody sees what’s happening. She’s in everybody’s thoughts."

Griner was detained on Feb. 17 after authorities at the Moscow airport said they found vape cartridges that allegedly contained oil derived from cannabis in her luggage, which could carry a maximum penalty of 10 years in prison. The Biden administration determined Griner is being wrongfully detained and she has a hearing set for May 19.

"A lot more diplomatic efforts can now begin, and so, it's a very positive development that much more on the force of the United States Government will now be put to utilize, to do everything we can to free Brittany," said Rep. Greg Stanton (D-AZ)

If convicted, Griner could be looking at up to 10 years in prison.

"Absolutely harsh. I’m hoping that the U.S. Government can sort it out, get some sort of exchange going and bring her home, because it’s way too extreme," said Pugliese.

"We feel like she’s being wrongfully held, but we’ll get her home soon, hopefully," said Mercury Fan CJ Shaw.

Meanwhile, the WNBA is honoring Griner with a floor decal, with her initials on her No. 42 in arenas across the league as she continues to be detained. 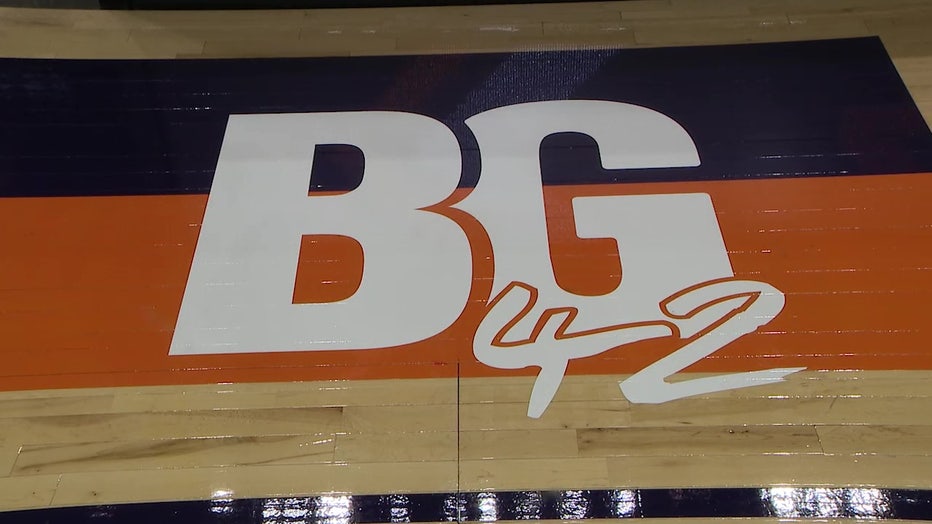 "It's important to honor her right," said Phoenix Mercury President Vince Kozar. "It’s important to keep her top of mind, while she’s not here with us, until she returns home."

"We’re just showing that support in ways that we think not only have visibility and utilize the platform that we have, but also in a respectful way that helps advance the cause of having this person that we care about deeply — and is being detained unjustly — to keep her name and her situation forefront in people’s minds so that hopefully the day comes soon when she’s released and can come back home safely to her family," Fever coach Marianne Stanley said.

Meanwhile, officials say Griner will still be paid her full salary, and the league has approved funds for the Mercury to carry a replacement player until Griner returns.

A 6-foot-9 center, Griner and WNBA career leading scorer Diana Taurasi have been the key cogs for a Mercury franchise that won the 2014 WNBA title and reached the final last season, losing to the Chicago Sky.

Griner is a six-time All-Star and won consecutive WNBA Defensive Player of the Year awards in 2014-15. She had one of the best seasons of her nine-year WNBA career in 2021, leading the WNBA in blocked shots while finishing second in scoring and sixth in rebounding.

Griner again was expected to play a key role for the Mercury this season after the team bolstered its roster with the additions of Tina Charles and Diamond DeShields.

Now Phoenix must adjust to playing without Griner.

"Once you bounce the ball, you start blowing the whistle, that’s all you’re really focused on when you’re a competitor," Mercury first-year coach Vanessa Nygaard said. "In basketball, at any time, somebody could be injured or something could happen and they wouldn’t be available, and you got to fight with what you got in the moment."