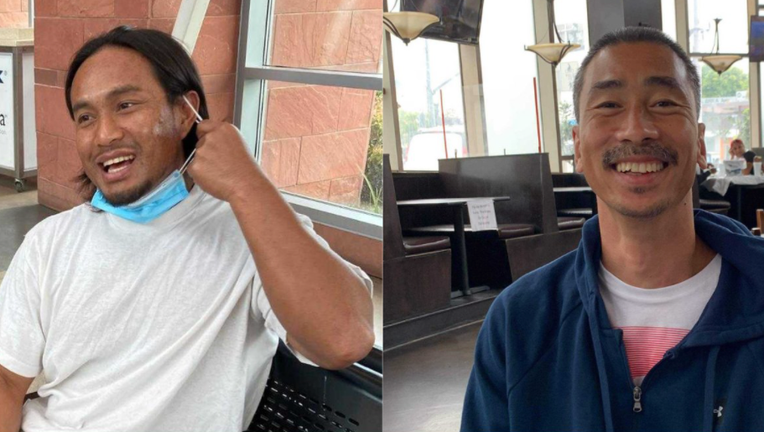 SACRAMENTO, Calif. - California Gov. Gavin Newsom has pardoned 14 people, including two men who were recently released from ICE custody and who both served as firefighters when they were incarcerated in prison.

The pardon, which was announced on Friday, prevents the deportation of Kao Saelee and Bounchan Keola because it wipes clean the decades-old state conviction that is the basis for removal, according to their attorney, Anoop Prasad of the Asian Law Caucus. The pardon now allows them to keep their green cards, which leads to a path of citizenship, Prasad explained.

Each spent more than two decades in prison for crimes committed when they were teenagers: Saelee committed three armed convenience store robberies and Keola killed one person and wounded two others in gang-related drive-by shootings.

Both served their sentences and then were picked up by ICE agents shortly after they were released from prison after state authorities notified the federal immigration agency.

The pair, both of whom were born in Laos and said they joined gangs as teens to fit in and feel safe, said they were thrilled.

"Being a Californian means believing that people can turn their lives around and deserve second chances but also that we are tied together and owe a duty to serve one another," Keola said in a statement issued by the Asian Law Caucus. "I have tried my best to earn that second chance and am thankful that the governor recognized that with a pardon today."

Keola grew up in Richmond and now lives with his family in Pinole. He was released from ICE custody in January.

"I cannot express how grateful I am to have received a pardon and to finally be safe from the threat of deportation and permanent separation from my family,"  Saelee said in another statement.

He spent nearly a year in federal detention in Louisiana before being freed to Los Angeles last week.

"California is the only home I have ever known," he said.

While incarcerated in California, both men helped fight devastating wildfires. In addition, Keola suffered a serious neck injury when a tree fell on him last fall.

Newsom said each man has demonstrated that he is living "an upright life" and both presented evidence that because of their convictions, they faced deportation and permanent separation from their families in California, Newsom said.

Now, the Asian Law Caucus and other immigrant rights advocates are urging Newsom to use his clemency powers to stop many more deportations and also to sign AB 937, also known as the VISION Act, into law to prevent more community members from being funneled to ICE by California.

Since 2018, local sheriffs and jail supervisors were told not to cooperate with ICE if the offender wasn't convicted of a serious crime.

But in the current version of California's landmark "sanctuary law," the state's prison system, the California Department of Corrections and Rehabilitation, was exempt from participating in SB 54.

In fact, according to the Asian Law Caucus, California's prisons transferred 1,615 immigrant and refugee community members who have earned their release to ICE last year.

The VISION Act aims to close that loophole in the law.

Associated Press reporter Don Thompson contributed to this report. This story was reported from Oakland, Calif.