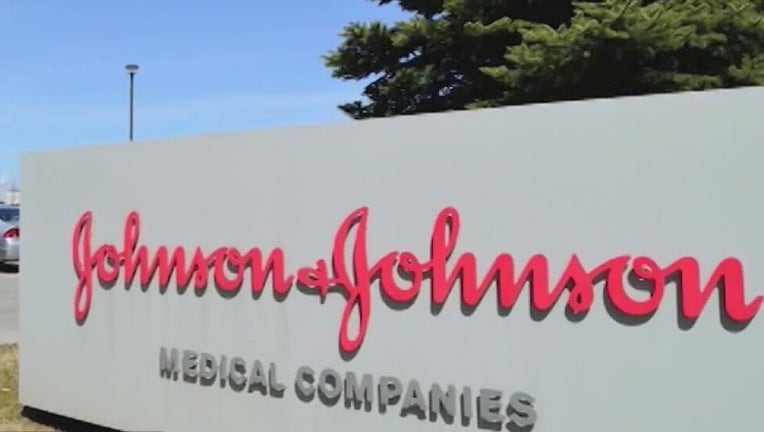 SAN FRANCISCO - California state officials directed counties and other providers on Tuesday to pause use of the Johnson & Johnson vaccine as recommended by the federal government as agencies examine a possible and rare side effect that can cause blood clots.

The governor’s office also said on social media that vaccine supply "will not be significantly impacted" and that the pause will not affect plans to open vaccination to all eligible teens and adults as scheduled on Thursday or its broader plan to reopen California’s economy in mid-June.

Several California counties and the city of Los Angeles had already announced temporary halts to the use of the one-dose vaccine. Contra Costa County officials in the San Francisco Bay Area said in a statement that the J&J vaccine is "a very small part" of its allocations and that the county does not anticipate cancelling any appointments.

Newsom and other high-profile California officials publicly received shots of the J&J in an attempt to demonstrate to the public that the vaccine is safe. The J&J vaccine has been promoted as an easy "one and done" shot that is practical for people who do not want to return second shots and those who have difficulty making find second appointments.

But production issues have plagued the vaccine. State public health officials last week warned of significant drops in shipments, from 575,000 J&J doses last week to 67,000 doses this week and 22,000 doses next week.

As a result, California will receive 2 million doses of all vaccine doses this week and 1.9 million doses next week, in addition to doses provided directly to pharmacies and community health clinics by the federal government.

The Centers for Disease Control and Prevention and the Food and Drug Administration said Tuesday they were investigating clots in six women that emerged in the days after they were vaccinated, in combination with reduced platelet counts. The federal officials recommended pausing use of the vaccine until they know more.

More than 6.8 million doses of the J&J vaccine have been given in the U.S., the vast majority with no or mild side effects.

A CDC committee will meet Wednesday to discuss the cases and the FDA has also launched an investigation.

State epidemiologist Dr. Erica Pan also said California will convene a regional scientific safety workgroup to review the information provided by the federal government. The review group created by California and joined by Nevada, Washington and Oregon approved Johnson & Johnson for use in the states on March 3. California state got its first shipment of the shots that week.

Newsom, a Democrat, created the group amid fears that former President Donald Trump’s administration would politicize the approval process. The group reviewed the FDA’s approval of the shot and deemed it safe and effective.