We’re learning more tonight about the US Capitol police officer who died by suicide in the days following the the riot.

WASHINGTON (FOX 5 DC) - A 15-year veteran of the U.S. Capitol Police has taken his life after responding to Wednesday's deadly riot in the halls of Congress.

It's the second life lost in four days for Capitol Police following the death of Officer Brian Sicknick, who suffered injuries during the Capitol riot.

Four other people, including an unarmed Trump supporter, died after Wednesday's storming of the Capitol during a congressional hearing certifying Joe Biden's election victory.

Sources say Liebengood was off-duty when he died Saturday. 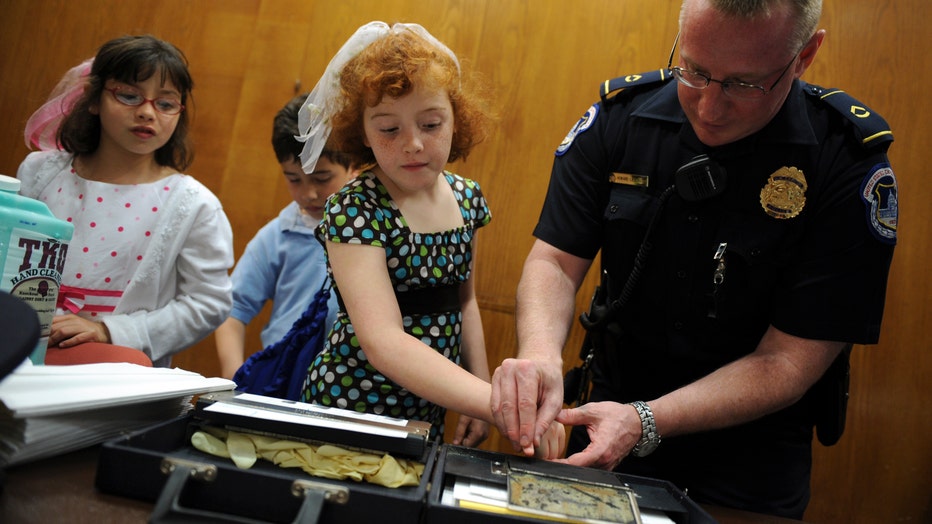 Sophia Ayoud, 8, gets fingerprinted by Capitol Police Officer Howard Liebengood as brother Gabriel, 8, and Amina, 8, wait their turns during "Kid Safety Day," held in Dirksen, April 24, 2008. The triplets are children of Laura Ayoud of the Senate Leg

"Every Capitol Police Officer puts the security of others before their own safety and Officer Liebengood was an example of the selfless service that is the hallmark of USCP," Capitol Police Union Chairman Gus Papathanasiou said in a statement. "This is a tragic day."

Liebengood joined the force in 2005 and was assigned to the Senate division.

He is the son of former Senate Sergeant-At-Arms Howard S. Liebengood.

Liebengood's death adds to the turmoil among law enforcement at the Capitol following Wednesday's riot.

U.S. Capitol Police Chief Steven Sund resigned on Friday, earlier than expected, following criticism of his handling of the crowds that stormed the Capitol.

The U.S. Capitol Police chief says he will resign after officers failed to protect the Capitol during yesterday’s riot.

Paul Irving and Michael Stenger, the respective House and Senate sergeant-at-arms, are stepping down as well.

Federal authorities are now bracing for another wave of right-wing demonstrations opposed to Joe Biden's inauguration on Jan. 20.