CHANDLER, Ariz. - A Chandler mother has been arrested in connection to the overdose death of her 15-year-old son after she reportedly asked him to buy fentanyl pills for her, police said on Aug. 13.

Officers came to a home near 132nd Street and Chandler Boulevard on April 10 after the mother, Jamie Barrett, reported that her son was unresponsive and foaming from the mouth. He later died at the hospital.

Barrett had told police at the time that she believed her son's marijuana vape pens had been laced with fentanyl.

However, cell phone records showed that she had asked her son to buy the drug, also known as blues, for her. Barrett reportedly offered to give her son a pill in exchange for his help.

Family members also overheard Barrett talking about how police "did not find her stash" when the search warrant was served at her home, officials said.

The Maricopa County Medical Examiner confirmed on Aug. 10 that the teen had overdosed on fentanyl, and the mother was arrested the next day.

"She denied trying to have her son purchase the pills and was just attempting to learn if her son's friend had them and might be supplying them to her son," a court document read.

The mother later admitted that she did have a problem with abusing the drug, but denied any participation in her son's drug abuse.

Barrett faces a child abuse charge and is being held in jail on a $25,000 bond. 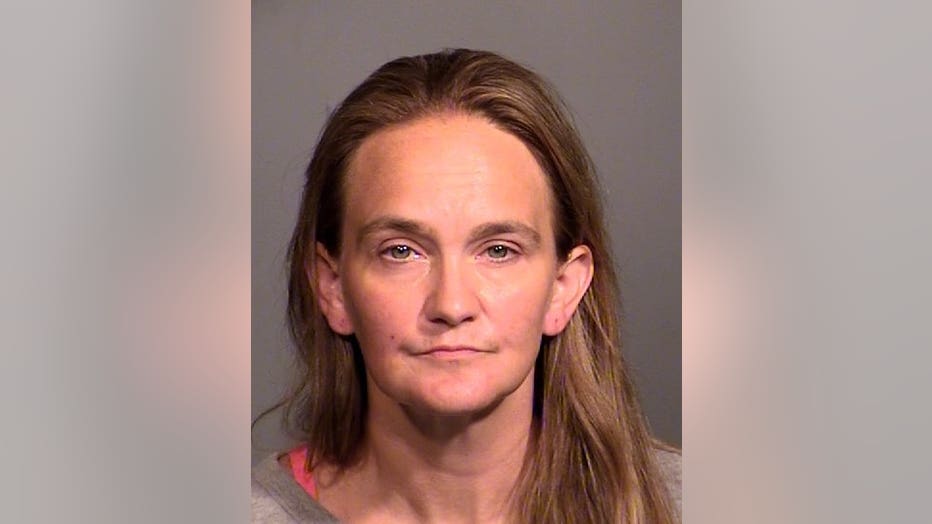