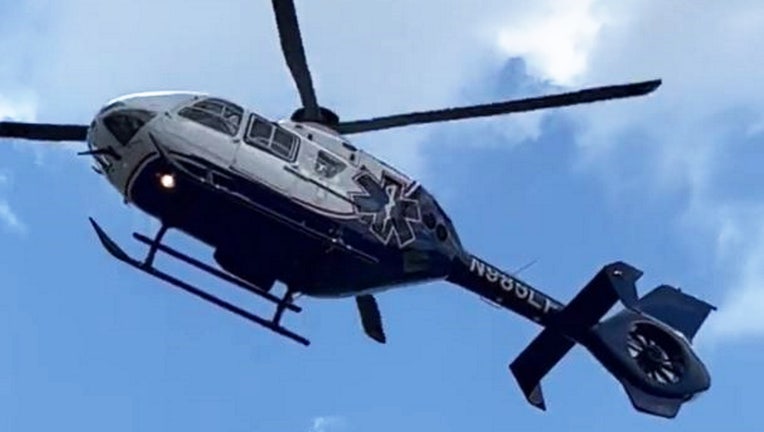 NEW PORT RICHEY, Fla. - A child has been rushed to the hospital as a trauma alert after being stabbed by a catfish in New Port Richey, fire rescue officials say.

Pasco County Fire Rescue posted on Twitter around 2 p.m. Monday, saying the boy, who is under the age of 10, was stabbed in the chest by a catfish. Firefighters told FOX 13 that a barb from the catfish went about 1 to 1.5 inches into the child's chest.

Officials said the boy's mother started driving her son to the hospital on US-19 North when he started having difficulty breathing. That's when the mom pulled over to the side of the road and called 911.

Firefighters responded to the scene and listed the child as a trauma alert.

Just before 3 p.m., Pasco Fire Rescue provided an update saying the child was being airlifted to St. Joseph's Children's Hospital in Tampa for treatment.

Officials said the boy is in stable condition.

According to researchers at the University of Michigan, many types of catfish are venomous, with venom glands along with sharp, bony spines on the edges of their dorsal and pectoral fins.

"These spines can be locked into place when the catfish is threatened," researchers at the university wrote. "When a spine jabs a potential predator, the membrane surrounding the venom gland cells is torn, releasing venom into the wound."