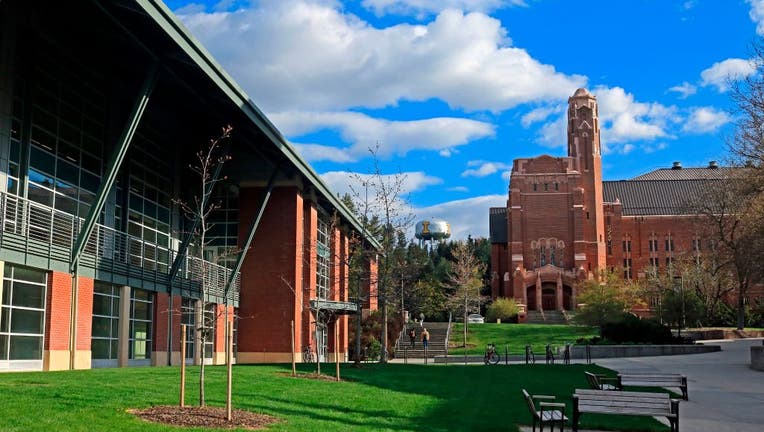 BOISE, Idaho - A group of Christian students is suing the University of Idaho after claiming they were censored for expressing their religious beliefs on gay marriage.

Peter Perlot, Mark Miller and Ryan Alexander filed the suit in the U.S. District Court for the district of Idaho Southern Division against the university’s president C. Scott Green, the Dean of Students Brian Eckles, and other administrators.

According to court documents, Perlot and Miller attended a "moment of community" on April 1 to denounce an anti-LGBTQ slur that was found on the university’s Moscow campus.

The members are also part of the Christian Legal Society chapter at the college’s School of Law. Other members of the group attended the event; however, Alexander was unable to attend because of an illness.

While the students attended the event, another student asked the group why CLS required its officers to affirm that marriage is between a man and a woman.

The students claimed their beliefs were rooted in the Bible and offered to discuss the matter further at a later time.

However, word got out and the CLS was publicly denounced by non-members for its views on marriage on April 4 at a panel meeting with the American Bar Association. The CLS students denied allegations that they told students they were going to hell for believing in gay marriage, and one CLS member said "the biggest discrimination he had seen on campus was the discrimination against CLS and its religious beliefs, and that he was concerned about the state of religious freedom on campus."

Florida Gov. Ron DeSantis spoke about Disney's opposition to the Parental Rights in Education bill, also labeled by critics as the 'Don't Say Gay' bill, calling their efforts to repeal the bill as "crossing the line." The governor, who was speaking about a lawsuit filed by the state over a mask mandate on planes, called Disney's actions hypocrisy.

"Instead of allowing the students to disagree civilly and respectfully with one another and to discuss these important issues, the University chose instead to censor Plaintiffs," according to attorney Matthew Williams for the CLS students.

Court documents state the university issued the order under its Title IX Sexual Harassment Policy and its Code of Conduct and Disciplinary Policies. However, the attorney for the CLS students said the university denied his clients' due process.

The CLS students are suing for "declaratory, injunctive, and monetary relief" saying the first and fourteenth amendments were violated.

FOX Television Stations has reached out to the university for comment.

Idaho voters in 2006 voted to ban gay marriage. But the U.S. Supreme Court in 2015 made such marriages legal, negating the Idaho law.