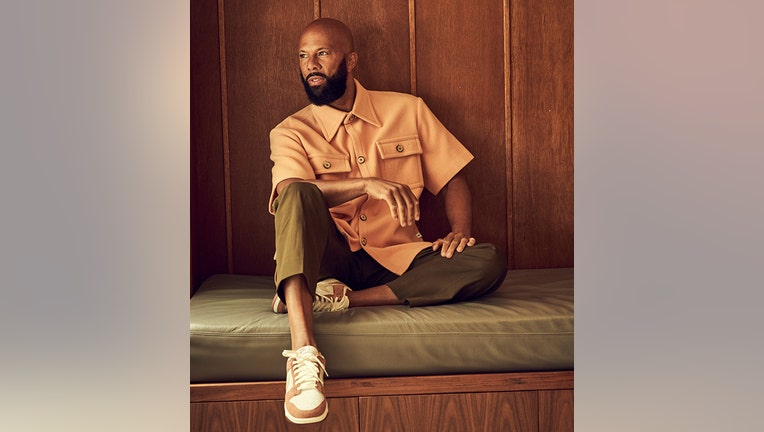 Common in a promotional photo for the Broadway production of "Between Riverside and Crazy" by Stephen Adly Guirgis. (Photo by Brian Bowen Smith | Courtesy of Second Stage)

NEW YORK - Looks like Common is gunning for an EGOT.

The rapper and actor will make his Broadway debut this fall in "Between Riverside and Crazy," Stephen Adly Guirgis' Pulitzer Prize-winning play directed by Austin Pendleton, Second Stage announced Friday.

Second Stage's Broadway production will be at The Hayes Theater.

Common will play Junior, the newly paroled son of a cantankerous ex-cop who owns a property on the Upper West Side that he uses as a refuge for the hard-luck orphans who have become his surrogate family.

Common starred in the film "Selma" and co-wrote (with John Legend) the song "Glory," for which he won the 2015 Oscar and 2016 Grammy for best original song. He won an Emmy for co-writing the song "Letter to the Free" for the Netflix documentary "13th." The Broadway role would make him eligible for a nomination for a Tony Award — the "T" in EGOT.

Plot Summary of "Between Riverside and Crazy"

City Hall is demanding more than his signature, the landlord wants him out, the liquor store is closed — and the Church won't leave him alone. For ex-cop and recent widower Walter "Pops" Washington (Henderson) and his recently paroled son Junior (Common), the struggle to hold on to one of the last great rent stabilized apartments on Riverside Drive collides with old wounds, sketchy new houseguests and a final ultimatum in this Pulitzer Prize-winning dark comedy from Stephen Adly Guirgis. For Pops and Junior, it seems the Old Days are dead and gone — after a lifetime living Between Riverside and Crazy.

With The Associated Press.