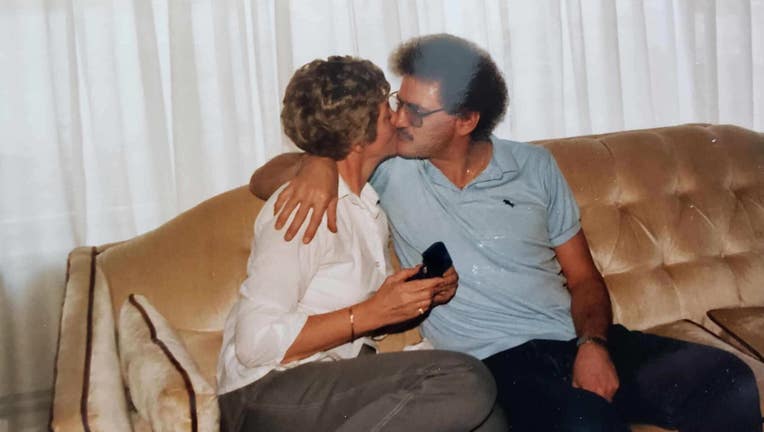 PHOENIX - A Valley couple who has been together for six decades is weighing in on their secrets for a long and happy marriage on this Valentine's Day.

It’s a very happy Valentine’s Day celebration for this couple who has been together for almost 60 years. Through the good times and bad times, they say over the years their love has only grown stronger.

Best friends for life. That’s how Sharon Anderson describes the relationship she has with her husband Phillip.

"I believe you have to be good friends with your husband. You can’t just be in love with him. You have to like him too," she said.

The pair met when they were just teenagers working at a hospital in Michigan. "Our friends set us up on a date and it just took off from there," she said.

Seven months later, they were married and off on a wonderful adventure together. But they weren’t necessarily inseparable.

Sharon says they made sure to do things apart once in a while, whether that be bowling or golf. She believes occasional separation ultimately helped to keep them together.

"He had his league, I had mine and then we also did a league together," she said.

It wasn’t all sunshine and rainbows for 60 years, she says. "You have to work at a marriage. You can’t just, 'everything is gonna be hunky-dory all the time,' and even with us, it was not. We had some really hard times."

The death of their daughter when she was just 35 years old was the hardest for the couple. "It was a struggle but I don’t know if I could have made it through without him," she said.

Sharon says, she believes, the key to a long and happy marriage is not only love but also patience. "Even today ... we still have our little spats. My husband doesn’t like to close the drawer so I’m always behind him closing it, so those little things, you just have to allow it."

She says you also have to show that you care, not just on Valentine’s Day, but every day of the year. "Every day is a good day. We love each other. He never leaves, I never leave without saying 'Goodbye, I love you.'"

Sharon says her husband will surprise her with flowers and chocolates on random days of the year, but specifically for Valentine’s Day this year, he is promising her seven full days without having to cook a single meal and she’s pretty excited about that.