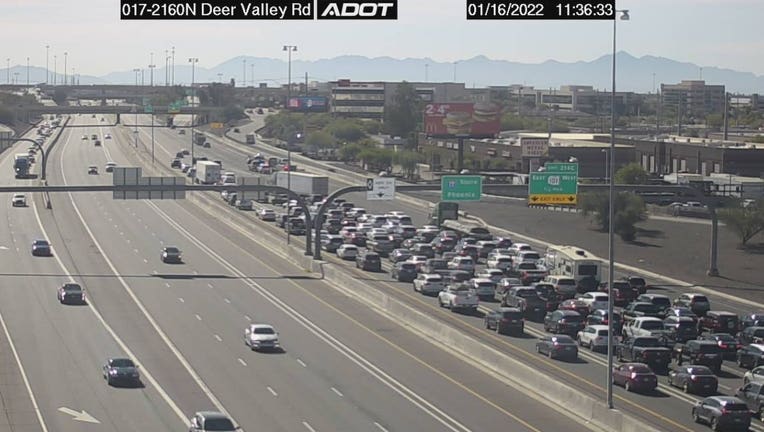 A crash on Interstate 17 at Deer Valley Road. (ADOT)

All the southbound lanes of the freeway south of Deer Valley Road were closed except for the HOV lane, according to the Arizona Dept. of Transportation.

The lanes reopened less than an hour later.

Details about the crash and whether anyone was injured were not released.