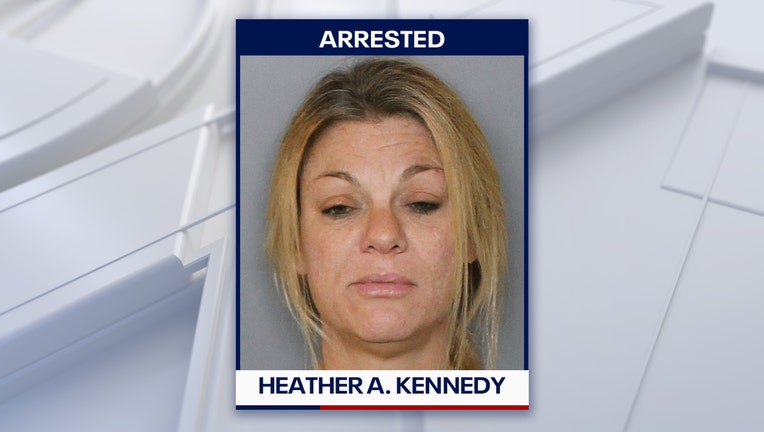 PORT CHARLOTTE, Fla. - A Port Charlotte resident came home to find a nude intruder in his backyard pool and deputies had to be called to get her to put on clothes and leave, according to the Charlotte County Sheriff's Office.

Deputies say the naked woman got into the pool while the homeowner was away at a doctor's appointment. When he got home, he said there were clothes scattered on his lanai. Then he saw the naked woman in his pool.

When deputies got there, they said the woman was "hostile towards law enforcement" and told them to leave her alone.

Deputies said they had to ask her to get out of the pool and get dressed several times. They also said she resisted being detained by pulling away and telling them she "would not be going anywhere."

She also refused to identify herself.

Deputies said they had to use jail booking photos to figure out who she was.

Heather A. Kennedy, 42, was booked into the Charlotte County Jail and faces charges of trespassing and resisting an officer without violence.