The USS Jacob Jones was torpedoed and sunk by a German submarine on December 6, 1917.

Divers off the coast of England believe they have found the wreckage of a U.S. destroyer that was sunk by a torpedo from a German submarine during the height of hostilities in World War I.

The U.S. Naval History and Heritage Command announced Friday that Darkstar, a group of expert divers from the UK, found wreckage belonging to the USS Jacob Jones off the southwestern tip of England.

The ship was tasked with patrolling and escorting convoys around the United Kingdom from May 1917 until its sinking on December 6. 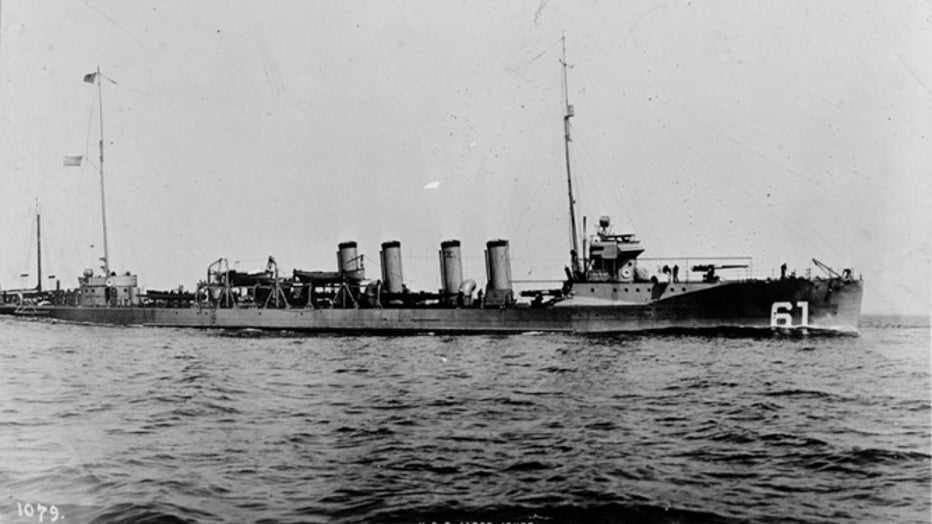 The destroyer was 60 miles off the coast of England, near the English Channel, when a torpedo struck three feet below the water line.

Historians said in the eight minutes sailors had until the ship sank, less than half the crew found refuge aboard emergency rafts.

It is believed only 46 of the 110 crew members survived the attack. 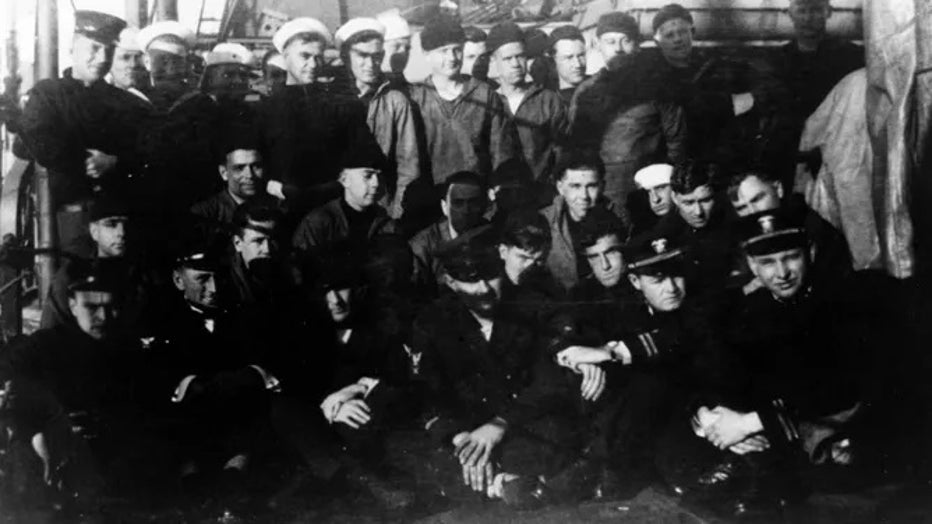 The NHHC says after the sinking, a German U-boat commander took two prisoners of war from the chilly waters and radioed a nearby American base about the need for rescue ships.

Because of how quickly the over 1,000-ton destroyer sank, its final resting place was a mystery for over a century.

UK divers estimate the ship is at a depth of 400 feet and said they did not remove any items from the wreckage site during the recent excursion. 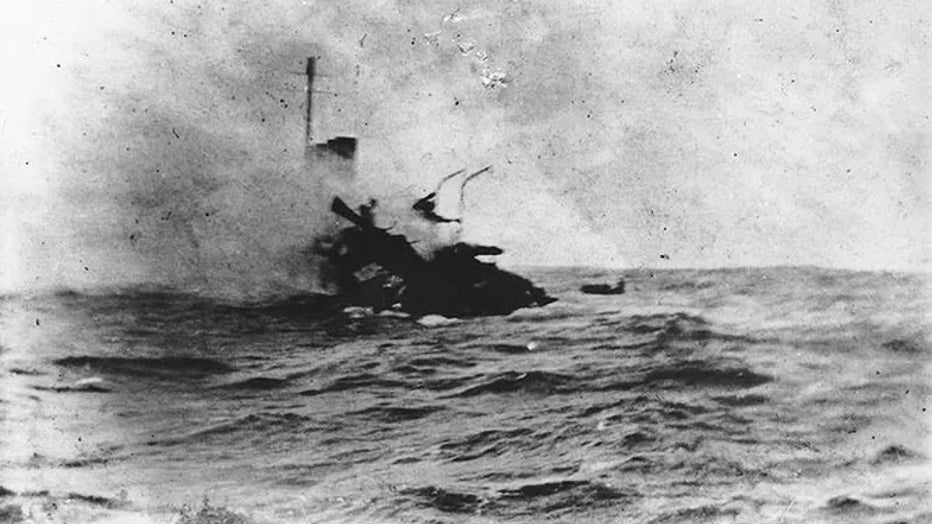 USS Jacob Jones sinking off the coast of England into the ocean.

Historians consider the destroyer a workhorse and responsible for rescuing hundreds of survivors from torpedoed ships before it suffered a similar fate.

By the end of the war in November 1918, it is believed Germany was responsible for sinking more than 5,000 merchant ships and around 100 warships.

Historians say despite the efforts, German forces could not overcome the Allies’ sea capabilities and sheer numbers.

The divers intend to work with the U.S. Embassy to determine the next steps for the ship.