Dog in critical condition after being rescued from Arizona mine shaft

LAKE HAVASU CITY, Ariz. - A dog has died after apparently falling into a mine shaft in Western Arizona.

According to Mohave County Sheriff's Office Search and Rescue, a geologist working in a remote area north of Lake Havasu City on Tuesday morning spotted a dog that had fallen into a mine shaft.

The dog was alive but was not moving and the geologist could not reach the pup.

A technical rope rescue team responded to the mine shaft to rescue the dog, which is a 7-year-old German Shepherd mix that is not microchipped.

So far, the dog's owner has not been found.

The dehydrated dog was taken to an animal clinic with extensive where he died Wednesday morning. The clinic says the dog's starvation was so severe his kidneys were failing. From X-rays, the clinic believed he was in his senior years.

"We were happy he was able to spend his last night in a warm place with loving arms," said Mohave County Sheriff's Office on Facebook.

Enough donations were collected to cover the dog's medical costs. 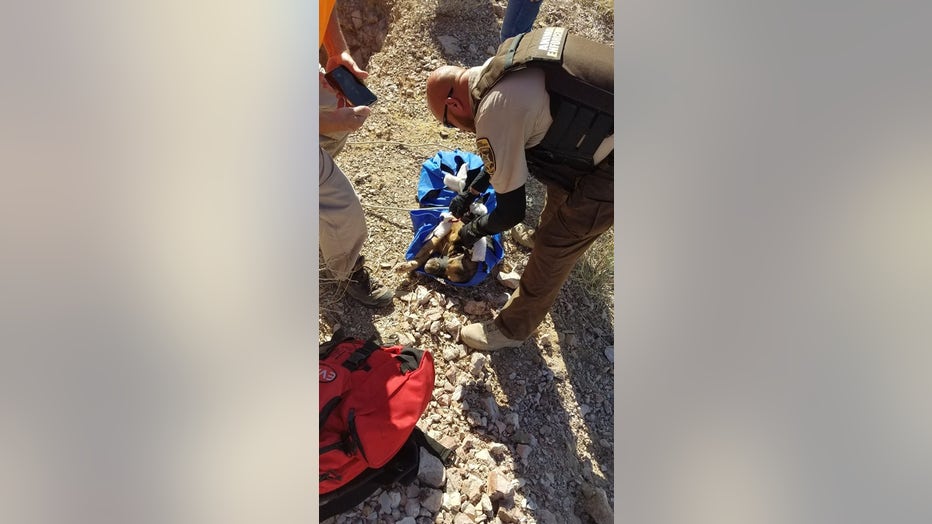