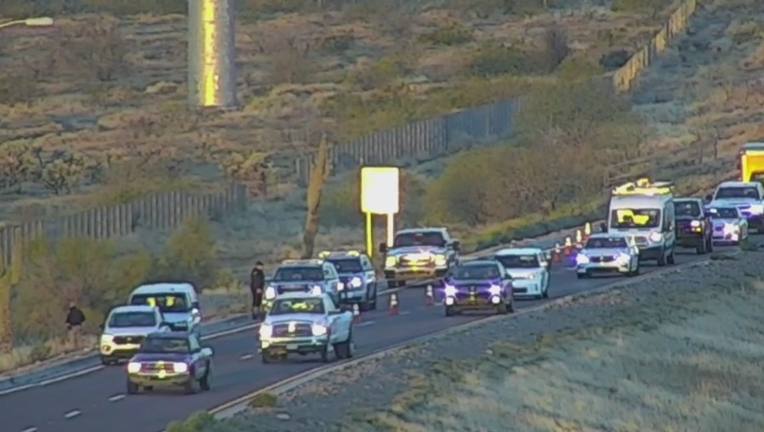 PHOENIX - At least one person is dead in a single-vehicle crash along the Loop 303 near Interstate 17, authorities said on March 3.

According to the Arizona Department of Public Safety, the vehicle's passenger was pronounced dead at the scene and the driver has unknown injuries.

Impairment does not appear to be a factor in the crash.

Traffic is getting by the crash, which is on the shoulder of the northbound Loop 303.