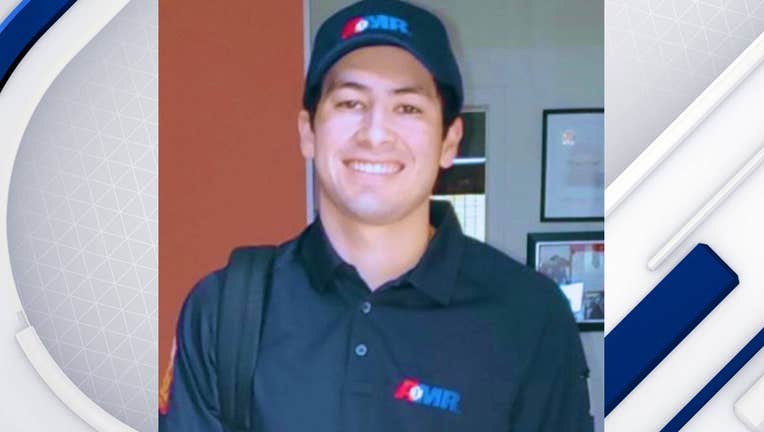 TUCSON, Ariz. - A 20-year-old emergency medical technician who was critically wounded by a gunman in a July 18 shooting rampage in Tucson has died, his employer announced Friday.

The death of Jacob Dindinger was announced by American Medical Response in a brief statement that didn’t specify when the death occurred. "Our thoughts are with Jacob and his family as we honor his life and his service."

Dindinger had been hospitalized in extremely critical condition since being shot by the gunman while sitting in an ambulance with a co-worker.

Governor Doug Ducey announced flags at all state buildings would be lowered to half-staff on Saturday in honor of Dindinger.

"Jacob Dindinger was a brave, selfless member of our community whose life was taken far too soon," Ducey said in a statement. "Arizona's deepest prayers are with Jacob's family, loved ones, his fellow first responders and everyone who has been impacted by the senseless, violent act that took place while he was working to help and protect others."

The gunman, identified by police as Leslie Stephen Scarlett, 35, died July 21 after being wounded in an exchange of gunfire that ended the rampage.

Tucson Police officials have released the identity of a man they say was involved in a shooting spree that ended with five people shot, including one fatality. FOX 10's Jennifer Martinez reports.

Police said several people were wounded or grazed by gunfire during a string of related incidents. They included a neighbor who was fatally shot while trying to douse a house fire and Scarlett’s girlfriend, who was found dead inside the house after the fire.

A paramedic who was a co-worker of Dindinger and a firefighter also were wounded, and a second neighbor was grazed by a bullet.

Police have said a motive for the attack remained unclear.